The discovery of the Natacha Rambova Mallorcan cache of photos, relics, jewelry still boggles my mind. Michael Morris negotiated permission to use the photos of the collection in Beyond Valentino with the woman who owned it all, Maria Salome.

After Michael passed away I negotiated the contract with Ms. Salome in Mallorca and then things complicated. This because a Spanish film crew heard about her collection and came to her home for an interview. At one point someone in the crew pulled out a roll of cash, offering to buy it all right there and then.

Ms. Salome was so offended, she wanted nothing to do with the film crew. The problem was that before the incident with the insulting roll of cash, Ms. Salome allowed the film crew to take some of the Rambova artifacts for a night to film them.

The photos they filmed that night were fetish images; for example one of Natacha's passport placed over a man's genitals. I am not sure if Ms. Salome ever saw those but they were online. Despite this experience, she agreed to allow Michael to use her photos, but was hurt by the Spanish film crew's audacious roll of cash.

The collection consisted of things Natacha kept in her home on Mallorca and some things she had with her there stood out for me... especially her many publicity stills.

The image below is one I put together for my Instagram account but the photo in the frame is the photograph of Natacha's collection of publicity stills, found in her home she shared with Alvaro. Does it not seem interesting that she would have these with her?

The fate of the Mallorca collection remains a mystery . I tried to encourage Ms. Salome to bequeath it all to the Phoenix Art Museum where Natacha's costumes are housed. But Ms. Salome said she would leave it all to her children. Ms. Salome died soon after and I would venture to say that the Spanish film crew made her heirs a substantial offer. 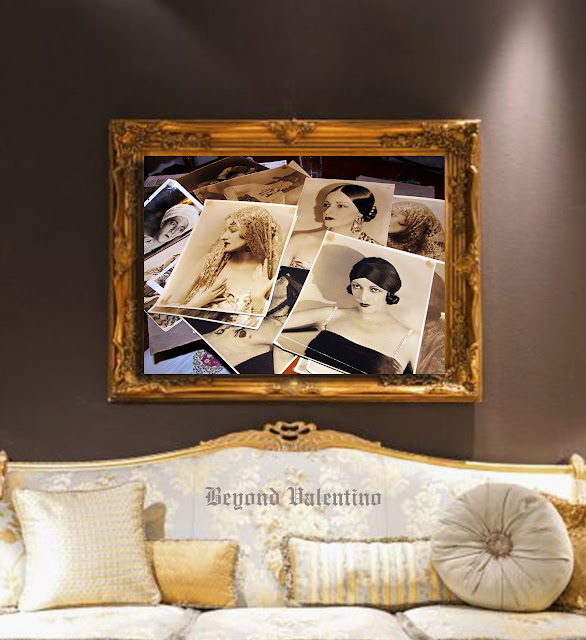