One of my favorite new “Norma” scenarios from the Mineralava tour, was the press description of Valentino and Rambova dancing at the reception held for them after the Toronto pageant and performance.

They literally met the local contestants and their families, danced to their own orchestra who set up in a hotel ballroom and mingled until midnight. Imagine that kind of one-on-one interaction with celebrities today.

The pageant in Toronto was Norma's first taste of fame and it appears she reveled in the attention. She loved performing and wanted to be an actress. Mary Pickford, who also came from Toronto, was one of her idols.

A clipping from her precious scrapbook and the image which she glued in next to the comment about Valentino's voice: 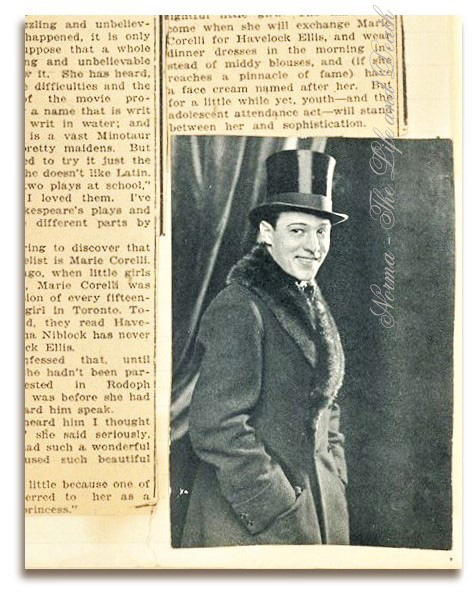