The image below appears in Beyond Valentino. Center, Ms. Maria Salome holding Natacha Rambova's fabulous Spanish shawl. On the right of the image, W. James who discovered Ms. Salome's Rambova cache. He is a British gentleman and historian living in homes in Valencia, Spain and Mallorca. A local project for school children was initiated in which they would interview elderly people about their lives. When the children who interviewed Maria Salome returned with their story, Mr. James went to see what they found. This was the moment she brought it all out.
You can see in the box the photos which would be included in Beyond Valentino. An incredible moment in Natacha Rambova history. The others present are identified in the book. 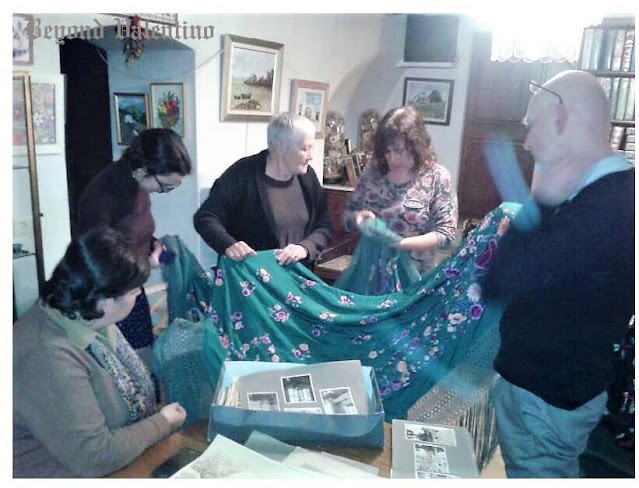 And the tube of lipstick (photographed on one of Rambova's turbans): 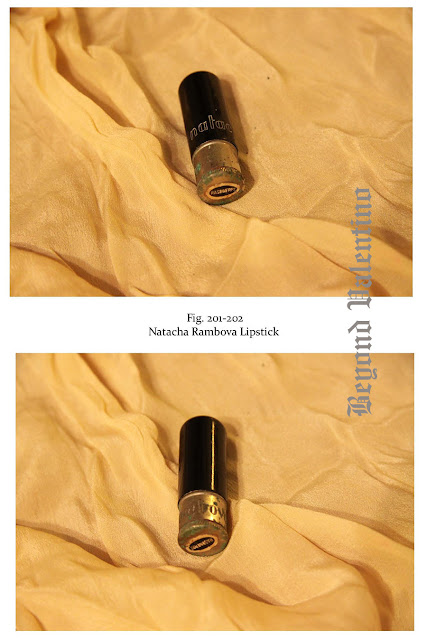 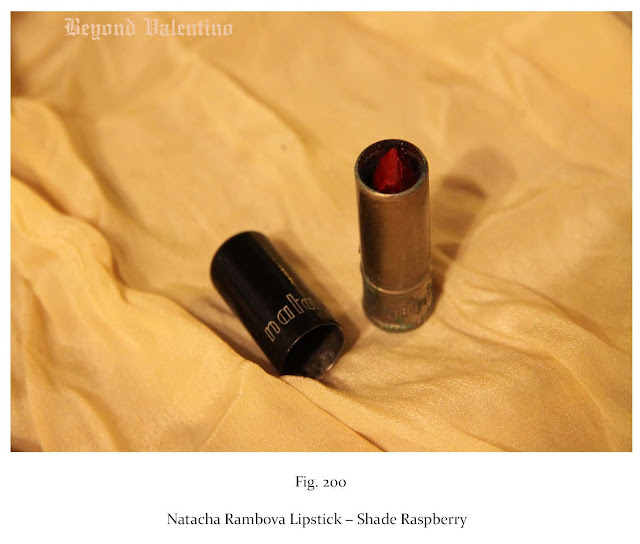