After the "...thrills of Broadway"

Norma Niblock returned home to Toronto in December of 1923, a few weeks after her win in Madison Square Garden. She arrived an international star, with managers and a sizable entourage. The change in her family dynamic would be drastic as I explain in the book.

She was then receiving thousands of fan letters from all over the world. Her father burned most of them, feeling she was not mature enough to receive so many marriage proposals. A few of the fan letters were salvaged and these appear in the book as images and translations.

Here, from her scrapbook, the local press reports on her homecoming. She was not sixteen at the time and actually about a month away from her sixteenth birthday. 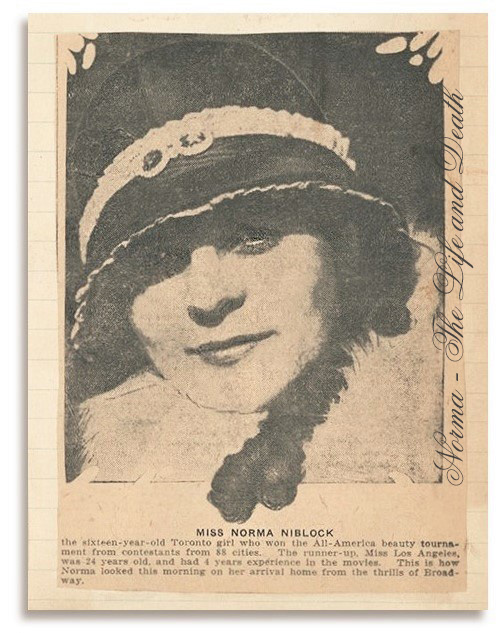