The story of Claire Del Mar (sometimes written Claire Delmar) has been told, her murder written about by Hollywood crime sensationalists. The fact she was an “uncited” member of the cast of The Four Horsemen of the Apocalypse and danced with Rudolph Valentino, bears in the least a nod here.

There are few photos of her online (one with Valentino on the Four Horsemen set) but she is best remembered for her marriage to well-known cameraman Hal Mohr. Mohr also worked on Four Horsemen as an assistant cameraman.

However, the intriguing connection between Claire Del Mar and Valentino for me was the mention she had a scrapbook which was found at her murder scene. In that scrapbook photos of her with Rudolph Valentino.

I wonder where that scrapbook is now? Where are those photos?

There is a great deal of press coverage about her particularly gruesome murder in 1959. But the moments of her Valentino connection fascinate I think; the dance in Four Horsemen, meeting her husband on the set and her Valentino scrapbook found at her murder scene.

I have always found it intriguing to learn how the peripheral characters in Valentino's story lives and destinies were affected by the affiliation. 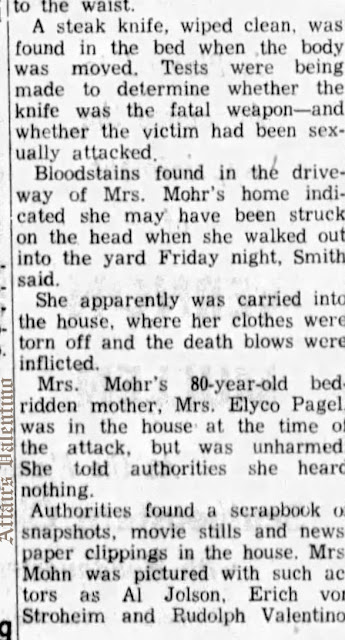 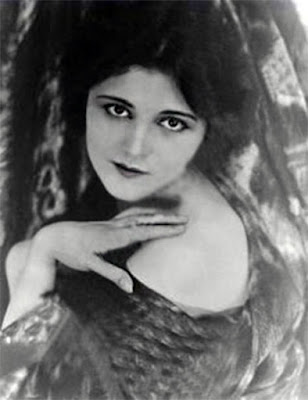 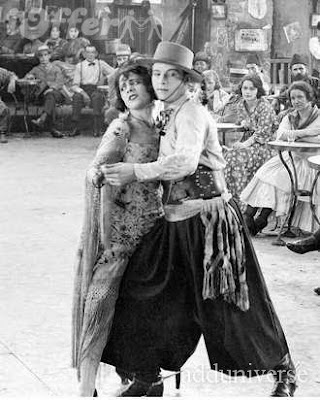 Regarding comment 4:12 below... this image was submitted as the scene in question regarding Del Mar's appearance: 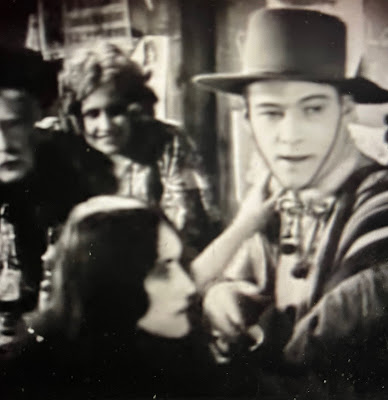