Thank-you to an intrepid reader for sharing these two fascinating Valentino snippets. They sent these to me with the question, "So, is this proof there were Valentino collectors in 1932?" Ha. Maybe it was just a spectacular little box.

I am proud to say that since I met Renato, 💖 I have been the recipient of many rings in those exquisite boxes. (See below) I can understand Justice Kemp's fascination. And I have zero doubt that the ring Valentino bought for Natacha came in a box worthy of the moment. 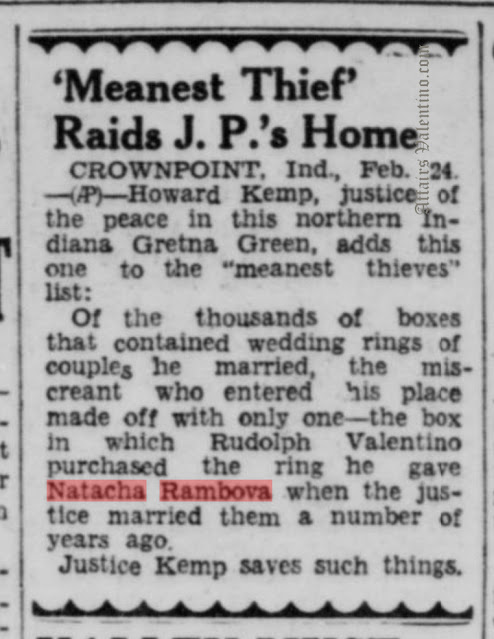 One of my little boxes (below) from Renato... this one was a shiny silver heart with white velvet lining. 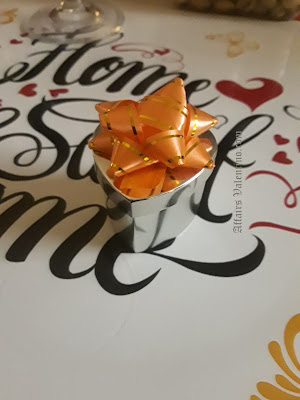 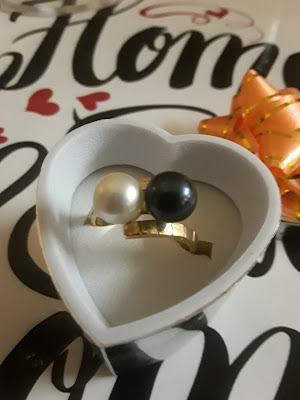 So this image would be (below) the house where Natacha Rambova lived when Theodore Kosloff shot her. This was one stop on the Valentino tour of Los Angeles which Michael Morris kindly gave to me one day sometime in 2008 or so. Imagine Natacha sitting on that porch with her bags packed ready to make her escape from the abusive Theodore, only to see him pull up with a shotgun in hand. Hence, the rest of that story.

I apologize for the glaring trash bin there but who knows maybe that is Tracy Terhune's "trash bin of Valentino history".

Michael and I had a memorable day and it was truly fun and eventful. I was amused that this impeccable man's car had apparently never been washed. We ate lunch at the Formosa just a tiny stone's throw from where George Ullman had his office. 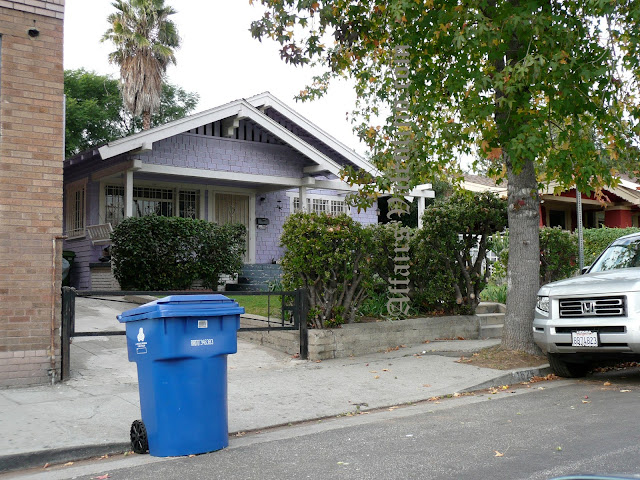 How proud I was to discover Natacha Rambova did have her own make-up line. I am still not sure whether it was a line produced as a prototype by Richard Hudnut or if it went into actual production. While I was completing Michael Morris' Addendum to Madam Valentino and communicating with the woman in Mallorca who was Natacha and her then husband Alvaro's god daughter... she sent me a series of images of a lipstick with the name Natacha Rambova on it and clearly as a brand.

The image below is one of these photos I recieved from Mallorca and the lipstick is photographed on one of Rambova's turbans. The raspberry lipstick on the yellow turban is one of my most valued discoveries. Perhaps there is more to discover about her make-up line but the other images of the lipstick and the story of the recovery are included in Beyond Valentino. 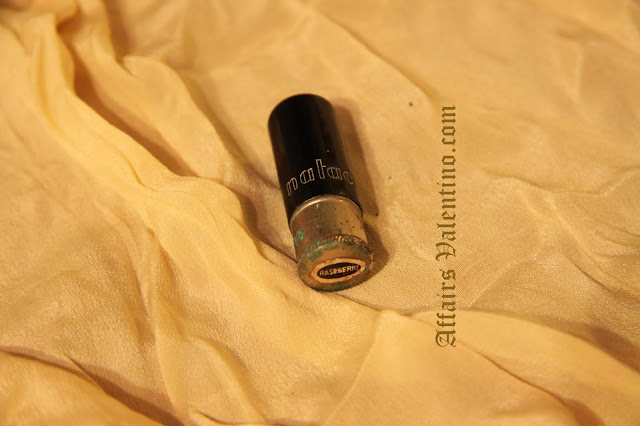 #Life is magic and you better believe it.

"Rudolph was again fully living the bachelor life and the public often witnessed the accompaniment of a lady actress he might be dating. But the women who would truly gain his attention were, of course, the ones the public did not see. There was one woman one day and another the next, countless women who disputed the honor of being intimate with him. Whether in Hollywood or in the surrounding area; in his house or in the ladies homes or his friend's homes, in hotel rooms, in cabarets, in his yacht of such sad history; here these affairs took place to fill him with joy...."

Here... a few of the women the public did know about... can you name these notables? 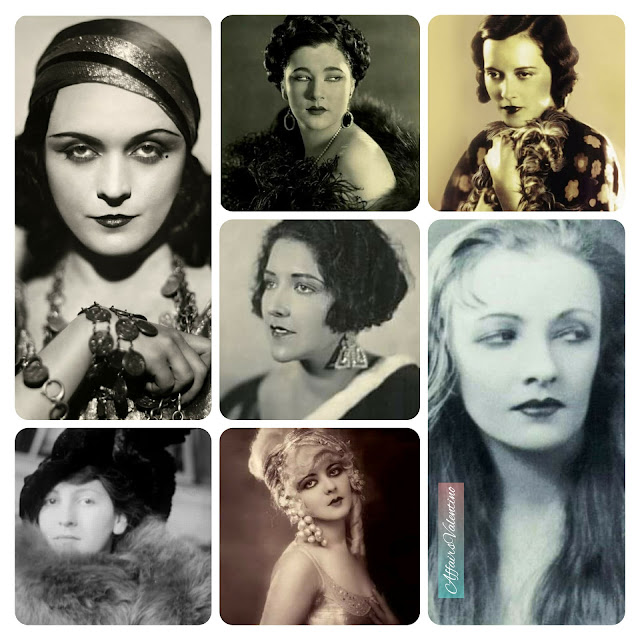 Where Are Those Records Today? 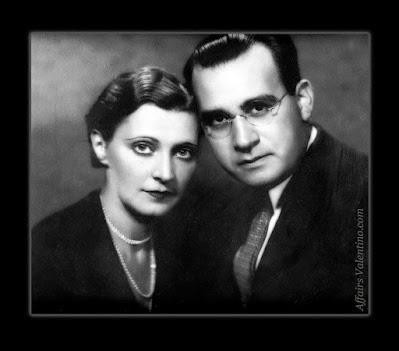 Why were Rudolph Valentino's probate court records stolen from their rightful housing in the Los Angeles County Courthouse? Because they vindicated this man, Valentino's manager, S. George Ullman. Where are those records now? Who knows. Last I heard from Donna Hill and Bill Self, they were returned to the Valentino family in exchange for one of Valentino's shirts.

But collectors move things around behind their closed doors so they could be anywhere. In Tracy Terhune's infamous "trash can of Valentino's history" for that matter. I am grateful I found enough of that stolen file to vindicate the man but those still marching to the drums of war which were sounded long ago by Alberto Valentino continue their lost cause to impugn Mr. Ullman.

Alberto had a lot to lose if the truth came out and he spent his lifetime lying mercilessly about how he did not receive a penny from Rudolph's estate when that is utterly false. The records and his own testimony prove he received hundreds of thousands of dollars by today's currency exchange rates. And what about all those Valentino shirts.

Incredibly as I have oft mentioned, while I was studying those records I did recover, some 1000 pages... I was being accused of forging them by Tracy Terhune and his merry minions Cindy Martin and Co. when in fact they knew they existed and Terhune admitted to having known three collectors who had them.

S. George Ullman was exonerated on his appeal and the judge praised his performance as Valentino's executor. All else is sad innuendo and meager scraps thrown desperately together to build a case which has been so thoroughly dismantled... George Ullman was an honest man. But where are those records today? Why are they still be hidden? And why hide if there is nothing to hide? 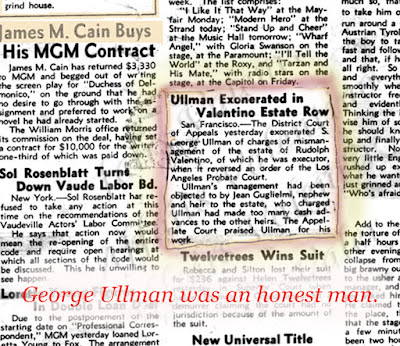 Throughout the eleven solid years Edel Man David Bret has been torturing me online... from his endless sexually depraved posts about my father, from his calling me a homophobe, a coke head, a fat lezzy, etc. to his endless encouragement for me to kill myself, be killed, be poisoned, run over by a truck, murdered, etc. there has been one common theme with which he has done his best to program his terror in my mind... this would be the image of the Kit Kat bar.

It all began when he wrote a poem about me in which he wrote some really invasive sexual scenarios and one involved a crass joke about the, “ fingers of a Kit Kat bar”.

Then... I stupidly responded by saying publicly that this Kit Kat poem was the worst thing Bret had slapped at me to date. From that day forward he began to post images of Kit Kat bars with almost every post.

I will admit the sight of that candy bar over the years triggered me but now perhaps its time to serve up some sweet sweet karma.

When I see the image of a Kit Kat bar now, I feel invincible because the sight of that candy bar he so used to make me suffer... is now a glorious icon of his abuse and my very survival...

I hope you all can appreciate the irony in that sick poem Edel Man Bret wrote to make me miserable lo those many years ago... because today when I post the image of the candy bar Kit Kat, it means victory and survival.... when he posts it... it is cruel beyond measure and a sign of just who he is. For me it represents my mental survival and health and for that I take life's standing ovation... for him to post it will just prove me right. 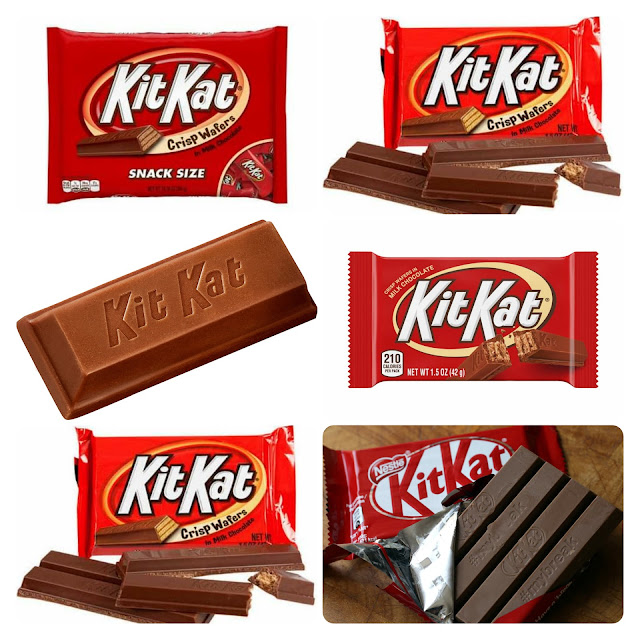