Third From the Right

In response to the absurd allegation that Baltasar Cue was no where near Valentino, Alberto Valentino or Falcon Lair in the first months of 1926 and that we made it all up, I share the photograph below. There are others where Senor Cue appears front and center, but this proves something else I feel.

Cue was invited to the wedding and standing next to Alberto Valentino. I allege this is indicative of his stature with the Valentino brothers. If Cue was writing "fanzine drivel" as it was called this past week, he would not be in the wedding photos. It is a sign a great respect, I feel, that he is among the wedding party.

It is also a poignant photograph for me, knowing that at that time, Rudolph believed he had embarked on a collaboration with Cue, writing the true story of his remarkable life. The man standing third from right, Baltasar Cue was about to undo the puffery churned out by the studios.

I sense something resolved about this picture and the hard working Spanish journalist was there being he was a friend and someone both Alberto and Rudolph respected.

Third from the Right. 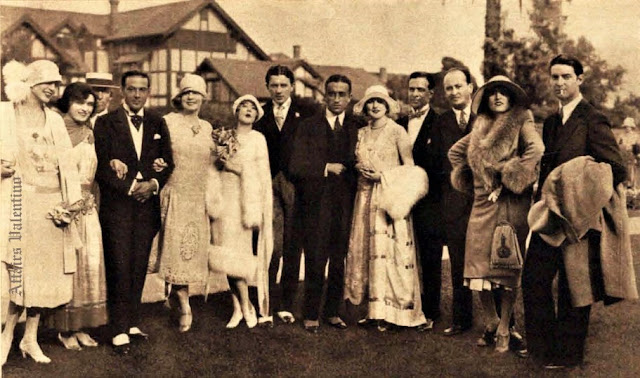 From our English translation of Cue's, The True Rudolph Valentino: 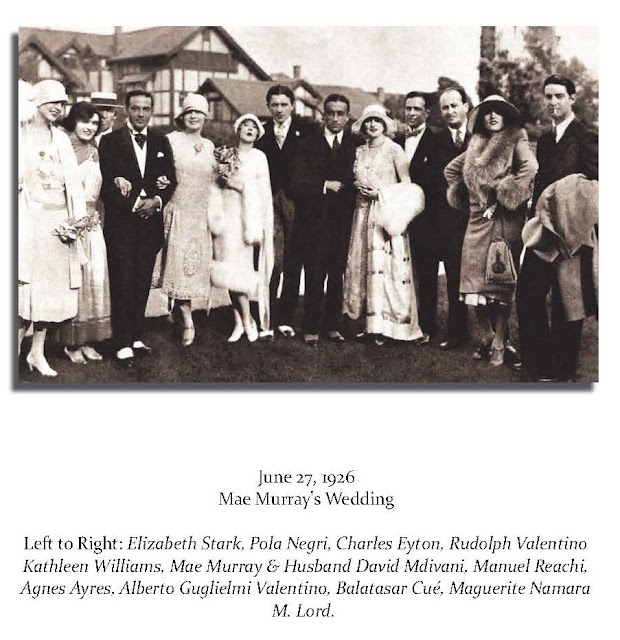 In the original publication of The True Rudolph Valentino, Cue includes some other wedding photos. Somewhere we have a good scan of the page which I will share, but this is how it appeared in the magazine. 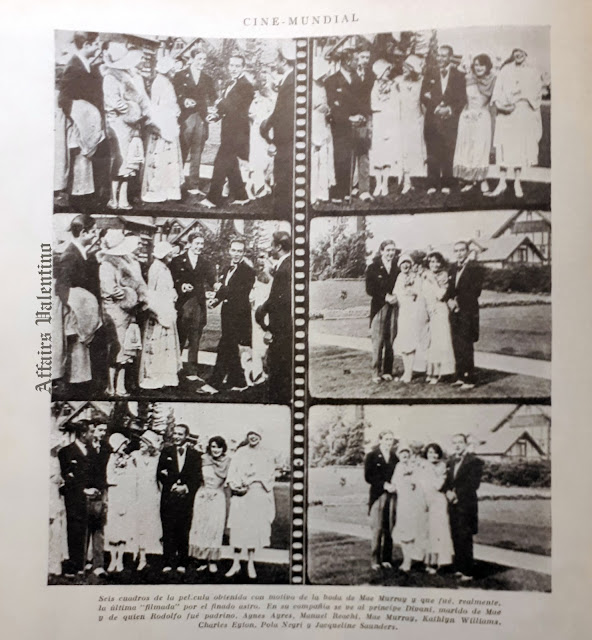