Norma Niblock's children had a great deal to share in telling their mother's life story to me. I interviewed them both over a period of just over one year. Her daughter was around during the last couple of years of her Mom's life as her brother was in the military and stationed over seas primarily. This made her daughter more of a source for that time frame.

Their memories of childhood events were invaluable as a source of knowing the homes, the friends and family members, the various changes in the family's life and locations; sweet memories and detailed accounts. Norma told the story of her Mineralava win to them many times in glorious detail and I was and still am honored to be the one sharing her personal accounts.

Norma's children inspired my further research into many aspects of the story and this in some instances expanded the story into areas even they knew nothing about, especially concerning the details of her untimely death.

I think readers will appreciate the divine sources I had and agree with me that Norma had an exceptional archive to reference and two exceptional and generous children. It was as if she wished, or hoped, some day her story would be told.

Here is one treasure which Norma saved and the letter I read in the podcast: 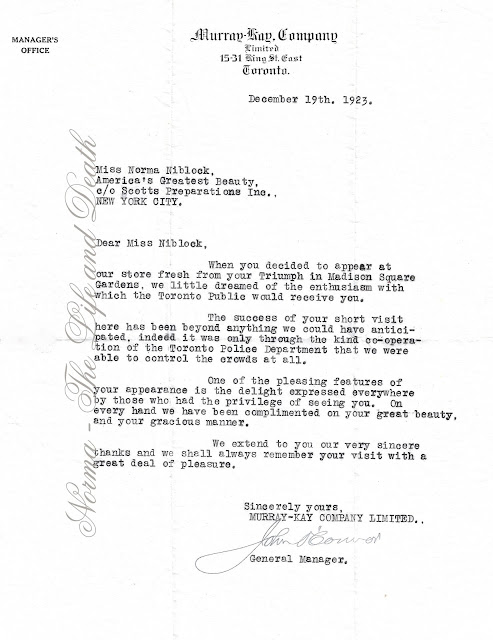