We included the image below in The Rudolph Valentino Case Files, and Renato secured the right to use it in the book from the French Cinemateque image collection. Surprisingly they had few images of Valentino in their files, and most were familiar ones. This was the most exceptional.

(Below) Valentino pays a visit to the set of Rene Clair's movie, The Crazy Ray (Paris Qui Dort). You can watch the film here:

and with a better version here:

Renato comments that considering the equipment they had then, some of the shots are incredibly well done. He also says the only reason Rene Clair and the cast were in Paris then, was because they were shooting the film. It was August when everyone leaves the city and heads to the seashore. They also stayed in Paris and filmed in August because in the mornings the streets were empty. 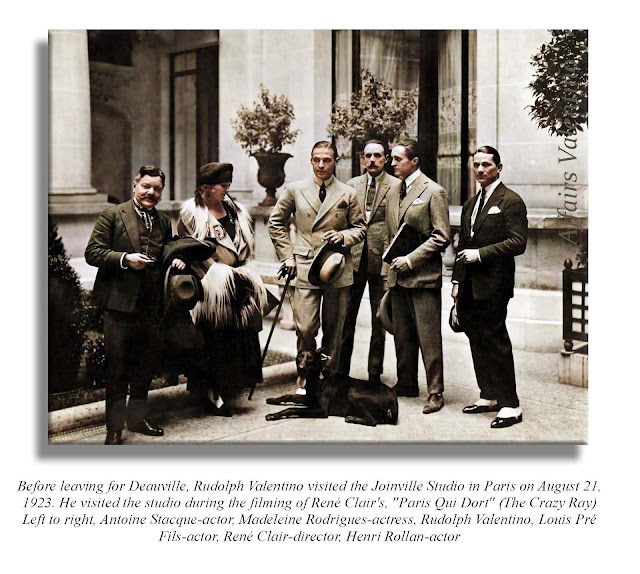 I thought it would be interesting to post the photo as it was sent to Renato from the French archive (below) before they removed their watermark. Of course we paid the fee for using it and credited the photo in the book. The archive was very helpful retrieving many things for us and during Covid. We are very grateful to the staff there and I believe we have already posted the correspondence on this blog. 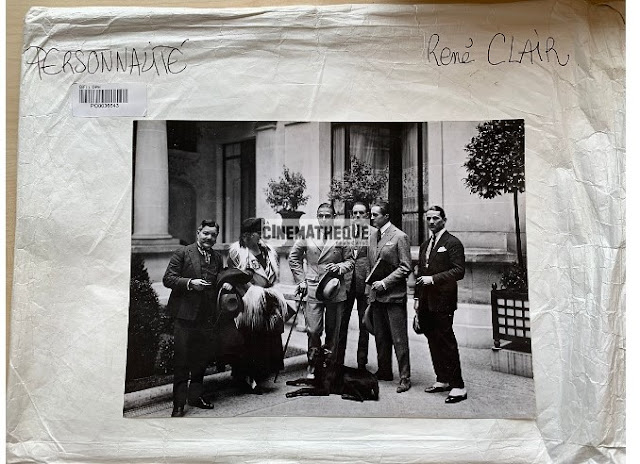