In 2003, Michael Morris introduced me to Valentino collector Bill Self and I interviewed Bill over the course of that year. I have written about those interviews many times, but this afternoon have been thinking about something Bill used to say, “Poor Rudy”.

He said that all the people he knew, who were a part of Valentino's circle of friends lamented he was so misrepresented in so many ways. Whenever we would hit upon some aspect of Valentino's history that was then being contorted, he would say, “Poor Rudy”.

Throughout the years I have been called homophobic for saying Valentino was made out to be homosexual by fiction writers exploiting a marketable theme. I have always felt it was a cheap and dishonest tactic to call someone homophobic when they were correcting a false premise. It is not that anyone is homophobic in saying an error was made. It is a correction in the history based on documentation and the testimony of those who knew the man.

Saying “Poor Rudy” is not lamenting homosexuality but lamenting an attempt to exploit Valentino for personal gain and changing his history to satisfy fiction writers' fantasies. I have thought, “Poor Rudy” many times on other false claims... such as when he is portrayed as a hapless victim of people who loved and cared for him, when his wife Natacha is portrayed as someone she certainly was not, when it is claimed the marriage was loveless, platonic and arranged, when it is implied, “bisexuality is always an option.”

I say “Poor Rudy” when people who claim to represent him today, bully and harass and conspire to silence anyone saying “Poor Rudy”. When they bully and cruelly harass anyone changing the tired old and false narratives. I think, “Poor Rudy” when his manager is portrayed as a villain, his grasping brother as a hero, a handyman in his home as some larger than life influence, when he is portrayed as an insatiable closeted homosexual, when innuendo is sourced as fact, etc.

Bill Self knew Jean Acker, George Ullman, Robert Florey, Alberto and Jean Valentino and said they all lamented saying, “Poor Rudy”. I am proud that despite the continuing harassment we face every single day, we are making a nick in cleaning up that mountain of dross heaped on Valentino's memory. I add that the brilliant insight and awareness expressed in comments posted here is something I am sure would be applauded by all of those who lamented, “Poor Rudy”. Thank you all for sending in your thoughts, righteous analysis and support.

We work to change the narrative from “Poor Rudy” to “True Rudy”! "Bravo Rudy!" 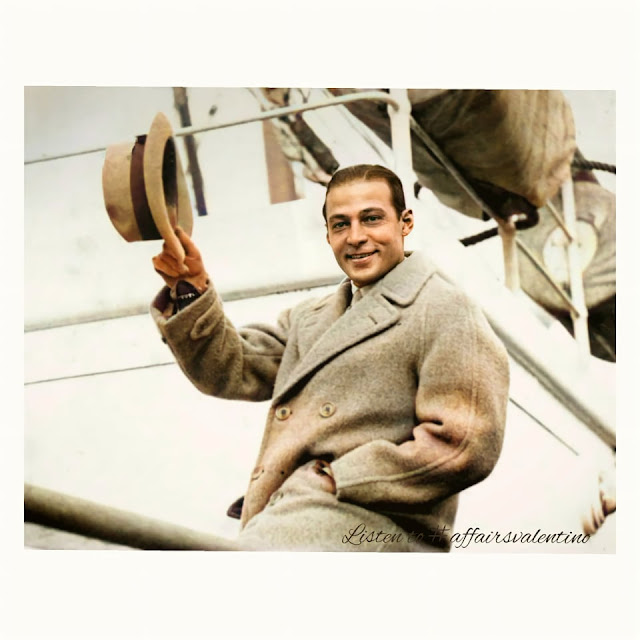