Clambering Into the Crypt

The tales of the crypt have been told many times, the one below also. But I found the graphic illustration just fabulous and had to share it....as “she” clambers into the crypt. I added the article (below the illustration) which appeared in this format in The Fresno Bee on April 6, 1932 on p. 45.

Somehow the year of Rudolph Valentino's death is erroneously cited twice as being in 1925. But other than that, this is a fair telling of the familiar legend. 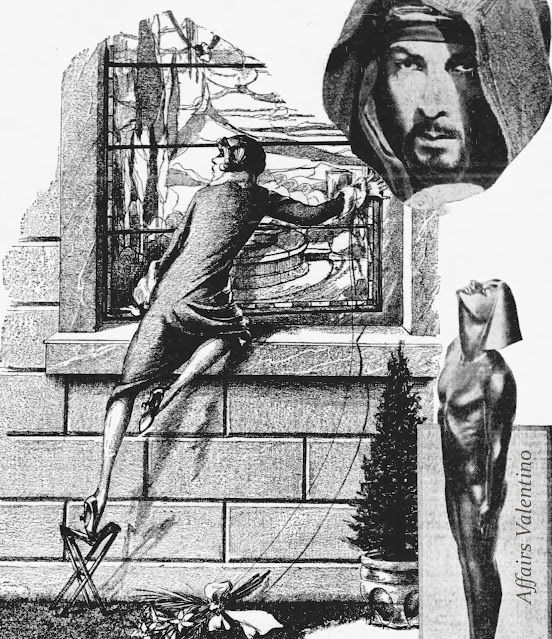 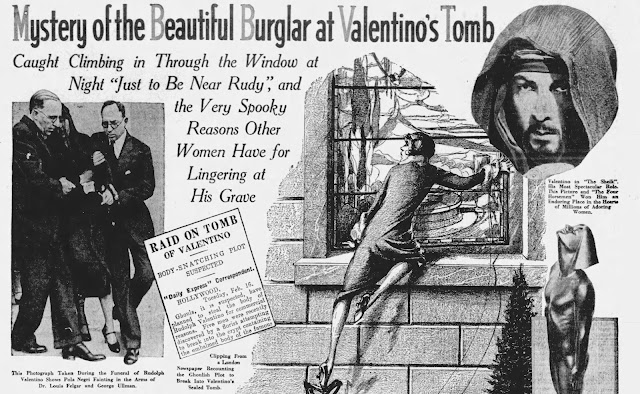 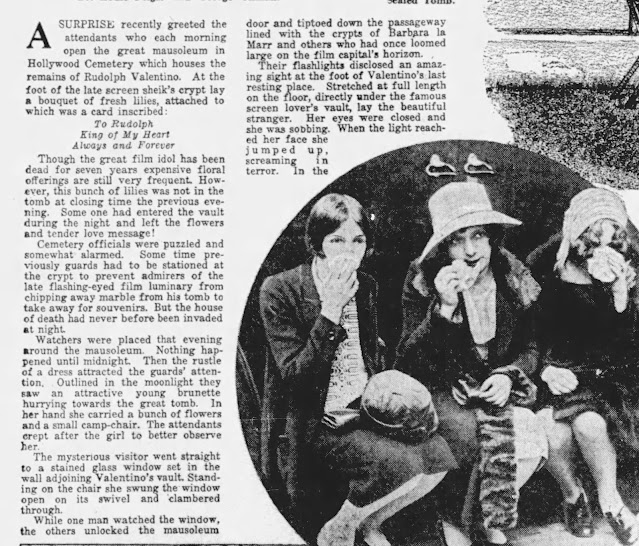 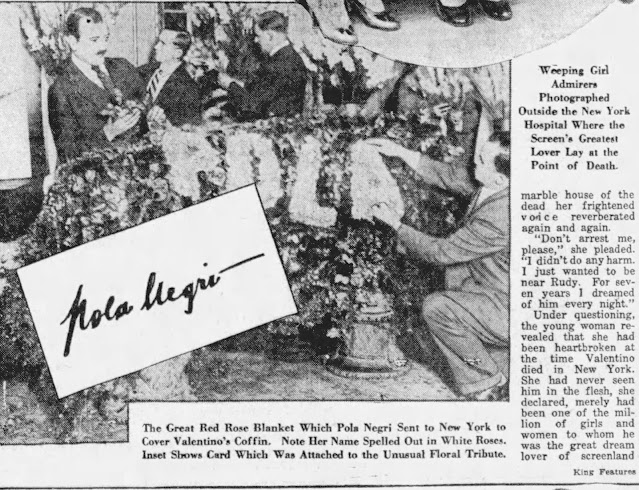 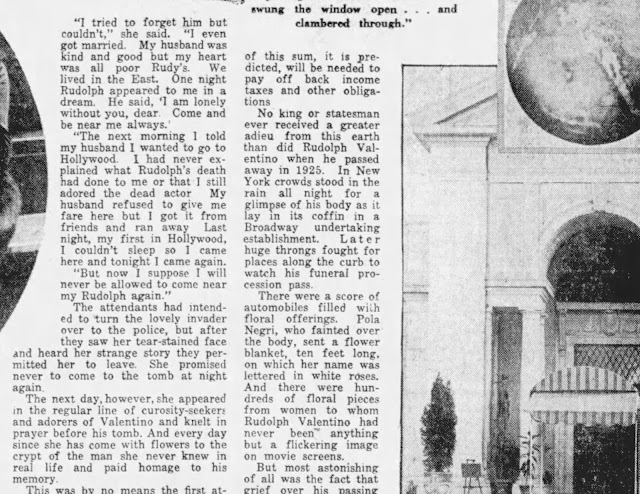 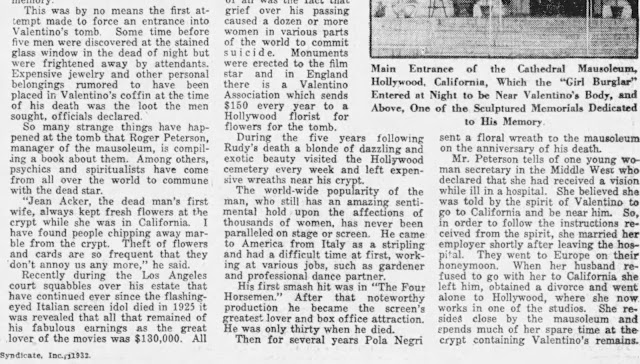