A Few Oddments for Consideration

Some time in 2013, I opened a blog called, "Valentino Fugitive". I posted for a while and let it go. I exported the blog and found this first post today. Little did I know at the time, the situation with Terhune, Bret, et al would worsen and their bullying would go on and on and on. Here follows my first post written nine years ago:

"...Why should this first post be a lengthy explanation? This story is already old and it is not so difficult to read all the sordid details online. I stopped counting somewhere around five years into it and now just move into the future the best I can under the circumstances.

Suffice to say I am a mature woman of a certain age, not prone to create drama frivolously. In fact I would say the opposite is the case. I am rather anti-social by nature, avoiding conflict in every instance and definitely preferring to remain private in all things.

This has all been challenged lamentably as the result of my publishing my book, Affairs Valentino. Now, I find myself living my life in the shadows. They made it so. In no way do I feel I must defend my statements. Yet, suffice to say that no one could read such an enormous amount of death laden rhetoric targeting them and not take such a heinous threat seriously. No one could suffer the images posted about them; from their being heaved into Satan's Lake of Fire to enticements of suicide with links to nooses, stools and other frightening accoutrement of death. No one would endure the constant encouragement to commit their suicide and the ruination by defamation of friends and family without moving deep into a territory where these predators will never find them; both physically and psychologically.

They will not find me. I will see to that. For there were too many threats, for too long, too many perverse, violent images and aggressive campaigns to find me, ruin me on every level and yes the posting of my phone number and other personal information with the blatant intent to incite someone to kill me. All of this is documented and all of this happened. Years of bullying in its worst form; raging unchecked, with my receiving no help to stop it from neither police or online servers. The truth is; the internet is still a very dangerous and lawless land.

Their instability and malicious intent is all too real and the silence from their overlord and puppet master is deafening. It took me a while to connect their dots but I finally did. I guess that would be the only upside of online bullying; the trail.

Somewhere over the Alps, they believe I am. Am I? I will say that I am home for a moment..."home"... being a subjective concept at best these days.

The lies about me online are still everywhere, people still believe what they read. It is a mess that is nearly infinite in scope and virtually impossible to sweep clean. They must delight in that. But meanwhile I will not walk silently into the wastelands of this mental state they handed to me. I will not. From these shadows I will have a voice and have some measure of justice handed to them all for their threats, their attacks, their lies and abuse.

For now I turn to the mountains and plan my next move. Old age has taught me some things."

In reference to the previous post's subject of TRUTH and its effect I share this e-mail exchange between my dear friend Michael Morris and I. I was ready to close down all my social media and be silenced, run away... and this was his response: 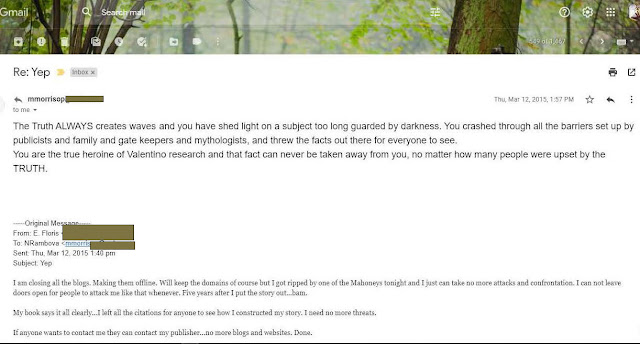 And a selfie taken by my Renato, just because he deserves so much credit for making so very much TRUTH happen. His endless strength has made this little "enterprise" we call home survive all the storms and then some. 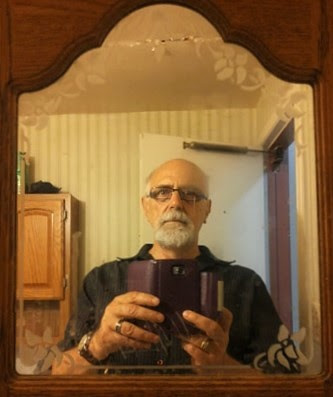