Pola Negri & George Ullman Had Something in Common

Although I included this story in Affairs Valentino, I am sharing the articles (see below) I used as source. It was incredible, yet not surprising, to me that this was never known about before.

In renewing the judgement to collect the debt in 1941, the bank was told Pola was in Europe and a decision about her culpability would have to wait for her return.

I do not know what happened with this in the final call. But to me Alberto had a real knack for leaving people who tried to help him holding enormous debts for money he benefited from, i.e. George Ullman.

It is kind of sad Pola even agreed to co-sign a loan for him and as the article states she ended up owing, plus interest, the money she loaned to Alberto. 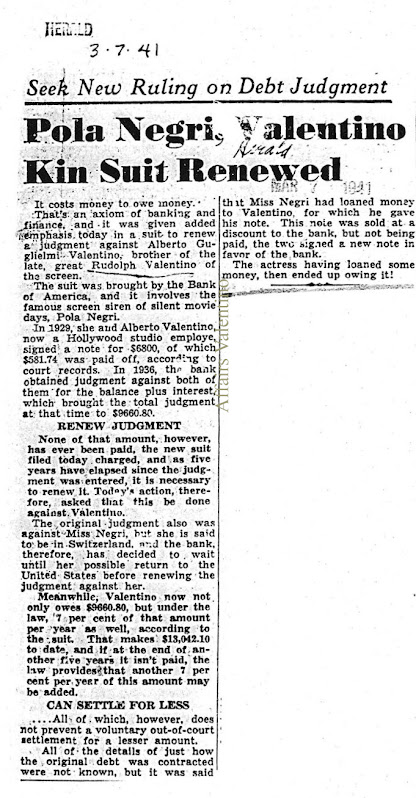