Bill Self told me he interviewed Dr. William Rawls, the doctor who first examined Valentino in the hospital. I did not ask Self when that interview took place but I imagined it would have been in the 1950's or thereabouts.

Self told me that Rawls said they knew Rudy was a dead man when he arrived. This was because his abdominal muscles had a board like rigidity. This was a symptom of advanced peritonitis and when this symptom manifested, there was no turning the patient around.

A great deal is made that this all took place on a Sunday with the premise being that Valentino did not receive proper and prompt care because of this. I do not think this would have changed much for him at all, because of Dr. Rawls assessment.

I found it interesting Self interviewed Dr. Rawls. Maybe he thought Rawls kept some tissue samples. Sorry to be so direct, but when I told Self I was going to New York to go to Campbell's Funeral Home, he said to ask them if they had any photographs of Valentino while he was being embalmed. I guess he meant corpse snapshots of the procedure?

That freaked me out to be honest. I do not know if Self ever found what he was looking for and I did not ask about that at Campbell's. I would never.

But Rawls did say it did not matter if it was a Sunday or not, dear Valentino would never have made it.

I think there is something so ghoulish about collecting in that regard. Does not take a rocket scientist to see that.

I prefer to think of Valentino alive. 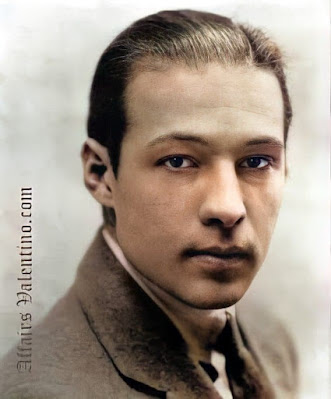