Renato shares an account he found interesting of an incident when it was claimed Valentino danced in London with Gaby Deslys before he went to America.

"In his “Private Diary”, Valentino relates details of his arrival in England and is questioned by customs officers about his "fabulous" wardrobe:

“We reached Southampton at seven in the evening and were met by some twenty or thirty of what I term my "unseen ... friends". (Fans). I made a statement before I left, that I owned an unbelievable number of suits and other garments. I had to exhaust all my vitality and more than all of my vocabulary to convince the gentlemen in authority that I had only a modest wardrobe and that I planned to get most of my suits and coats in London ... which was also an inadvisable remark, as I was later to discover.”

The "inadvisable remark", as Valentino defined it, instigated some embarrassing consequences. The first was the siege by a procession of tailors who literally ambushed him with offers of their sartorial "excellence". A second reason lies in the reaction of American tailors, who expressed their disappointment with Valentino's pro-British choices. They published the following statement through the United Press and it appeared in almost all the newspapers in the United States:

“Rudy once a super (professional dancer) in London Music Halls – The Sheik Is Now In London To Buy Some Clothes - Not Caring for American Tailoring. London July 31 (1923) - Rudolph Valentino, sheikh of American moviedom, was positively identified by London newspapers, despite his denial, as an Italian speaking super who used to appear in dance halls with Gaby Deslys. Rudolph declared that he wanted to buy some clothes in London. "I haven't had a decent suit in ten years," he of the side-burns protested, denouncing American tailoring.”

The allegation was furthered in the British press and they claimed to positively identify Rudolph Valentino dancing with Gaby Deslys on the stage of the Duke of York theater in London for 15 pounds a week. It was also claimed he appeared with her in the show "Rosy Rapture" before going to America. The story went on to allege that since he did not speak a word of English, he was forced to leave the show which fell into disrepair. He then looked for work, also in London, but unable to communicate with the Londoners, he decided to move on to the United States.

Valentino replied and issued a denial, on the 1st of August 1923: “Please correct the information that I danced in London with Gaby Deslys, I have never been to London before. The man who danced with Gaby was Jules Rancourt, a Belgian who looks a lot like me except that he's more handsome."

Gaby Deslys was famous for being immodest, a sort of early Madonna, and for her swan-shaped bed, which after her death became a piece of furniture/prop in some films. She could not confirm or deny the rumor about dancing with Valentino before he went to America, because she died in 1921. 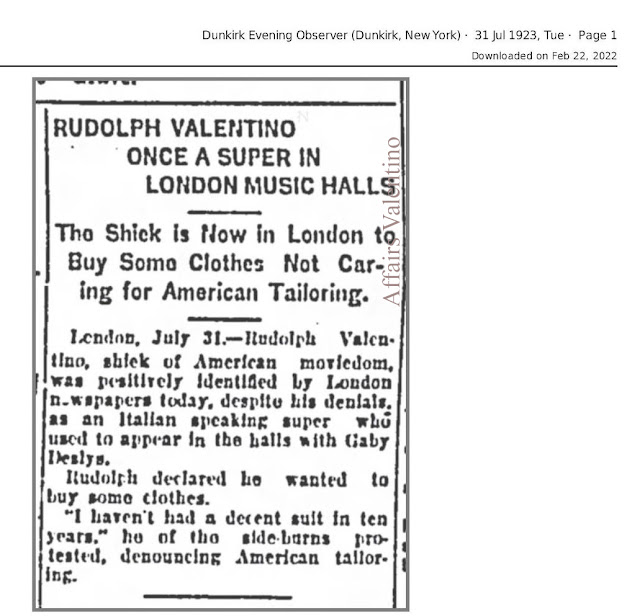 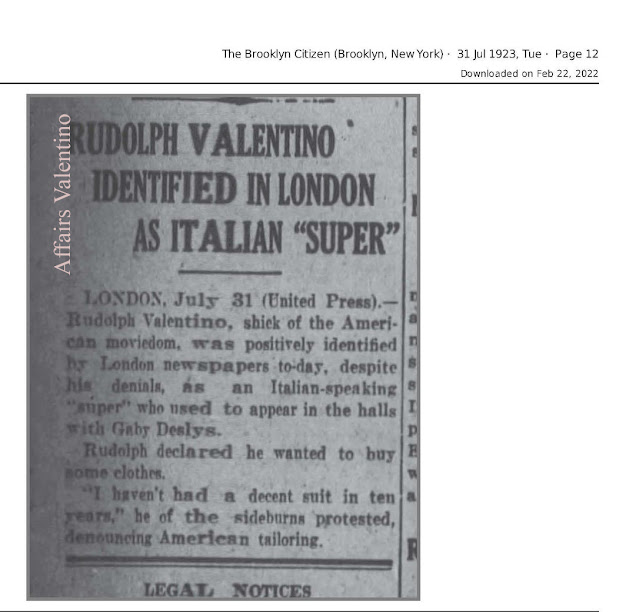 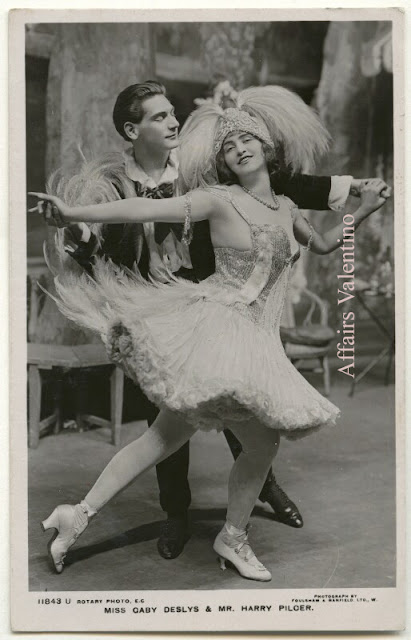 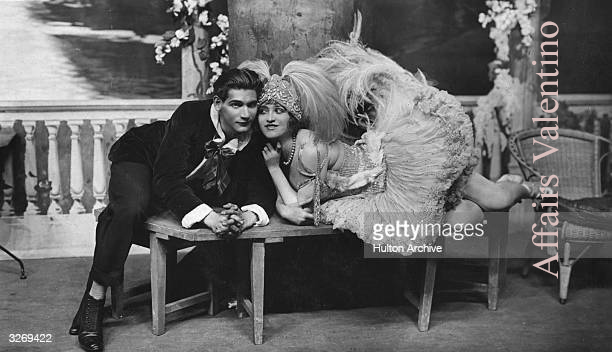