From time to time I like to post inspirational words from my friend and mentor Michael Morris. We enjoyed fifteen years of lively exchange and a great deal of it by e-mail. I would at some point like to publish some of the correspondence because I think it would be interesting to those sincerely interested in Valentino and Rambova.

Michael left his legacy in my hands and that is something I have and always will take seriously. I was granted legal custody of his archive and finished his last book as a labor of great respect for his final work. Below one e-mail from Michael, sent during his last weeks of life as we collaborated on Beyond Valentino and in which he states his intentions regarding his archive. 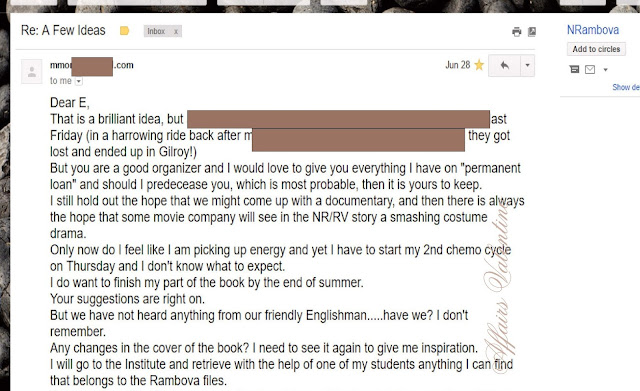 I was honored to have been his friend and have his support and we did collaborate on many projects, including our trip to Turin in 2009 where he introduced me to his good friend Renato!