Terhune Pretends to Be Me

Yesterday someone sent in a comment claiming Tracy Terhune uses his Affairs Valentino blogspot for some good. I replied that was 100% false. As proof of his intent in opening the blog, and running it solely against Renato and I since August of 2012, I post the following screenshot excerpts under Fair Use guidelines to illustrate my point.
Imagine my horror to find Terhune (TRT96) posting on my blog, which I was terrorized into closing by Terhune's "buddy" Batista Bret and worse still finding he was posting in the first person. He was pretending to be me which constitutes identity theft. The first screenshot was taken on August 5, 2012.
Within a month Terhune posts a stat graph bragging in "I'm just sayin'" that he has overtaken my Google search. This was because I was so terrorized when I closed my blog, I went offline hoping Terhune and Bret would stop. They did not.
But incredibly on the same thread (third screenshot) he follows his bragging about his evil deed by posting a video of his crypt fest. So any attempts to claim that blog is now a "literary critique" fail miserably in light of the long and sickening true history of Terhune's posts. The documentation speaks for itself.
And I will add to the call in a comment on Renato's previous post and petition Donna Hill, Eleanor Gribbin, Marytin O'Bannon, etc. to post a link to this post, and a link to Terhune and Batista Bret's Affairs Valentino blogspot as a sign of their recognition that this is deplorable bullying behavior and something they disapprove of. I await their posting of the links and their full denouncement. 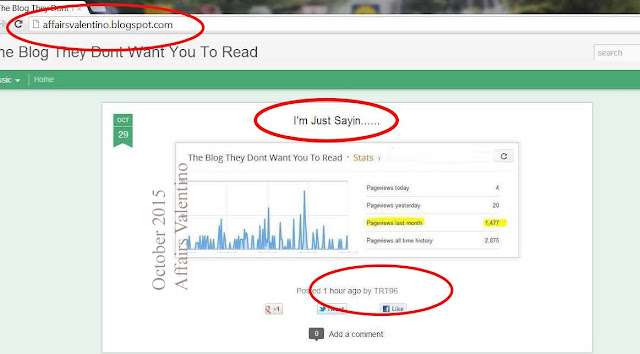 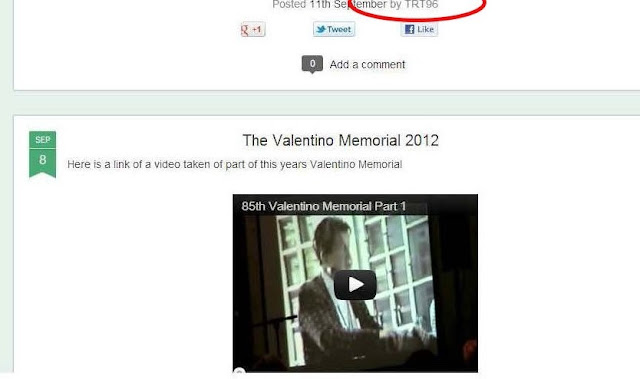