Did She Have a Type?

A reader left a comment on my previous post musing about Alvaro Ursaiz' resemblance to Valentino. Natacha's second husband Alvaro was Spanish and they lived on Mallorca, restoring villas as a pastime. Neither one needed to work as both were fairly royalty.

Michael Morris was contacted by a gentleman from Mallorca who found through a twist of fate, the daughter of Alvaro and Natacha's maid and chauffeur. She was guardian of a remarkable cache of new photos of Natacha's marriage to Alvaro and life in Palma.

I was honored to be charged with completing Michael's book after he passed away so suddenly. I do know Michael believed Natacha had a type of man and that was "foreign". Two Russians, an Italian and a Spaniard... his posthumous book, Beyond Valentino contains all of the Mallorcan photos, made public for the first time.

I am sure had Michael lived, he might have not included some of the photos. But after he was gone, I realized the subject would never be revisited by him again and I just included them all. I am glad I did.

So Alvaro is not one of my favorite characters but here are a few photos from the Mallorcan collection. What do you think? Does he resemble Rudy or not? 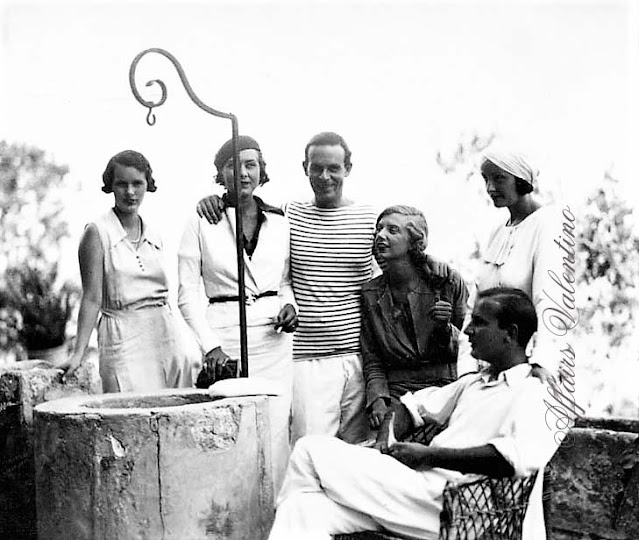 The women are Alvaro's cousins from Madrid. Alvaro center with striped shirt and Natacha with white turban. 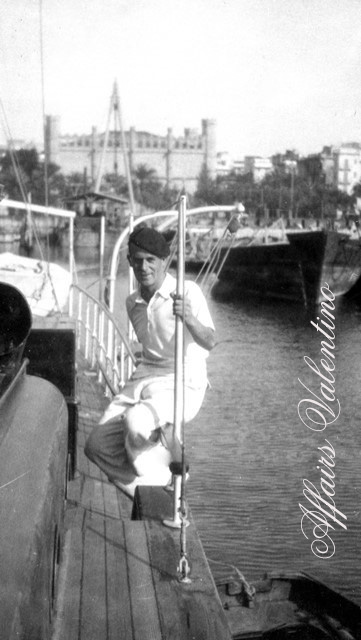 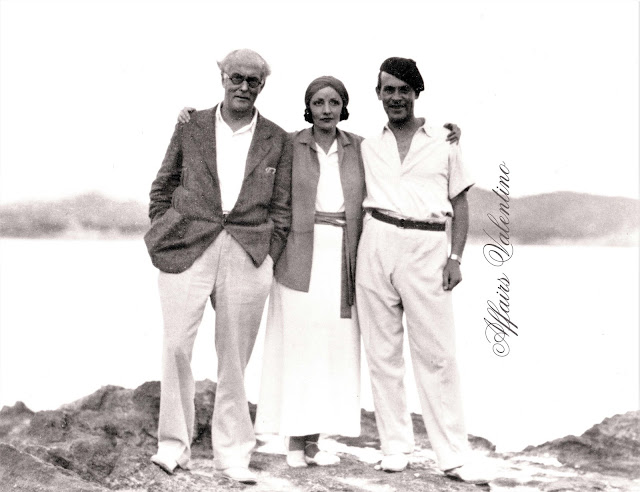 Natacha with her theosophist friend, the adventure novel author Talbot Mundy and on her left, Alvaro. 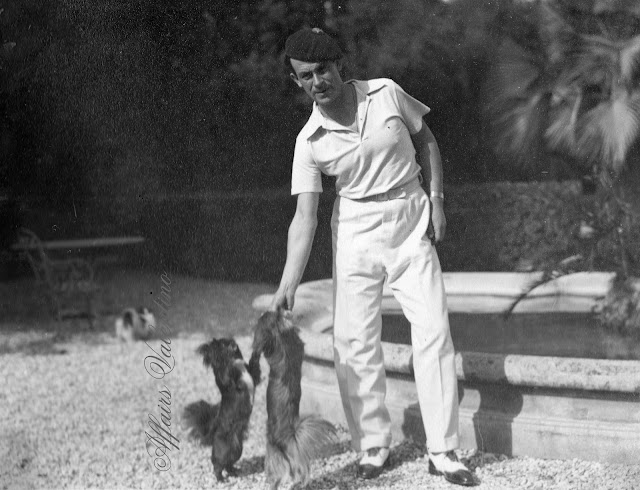 Alvaro with Natacha's pekes by the fountain at Chateau Juan les Pins. 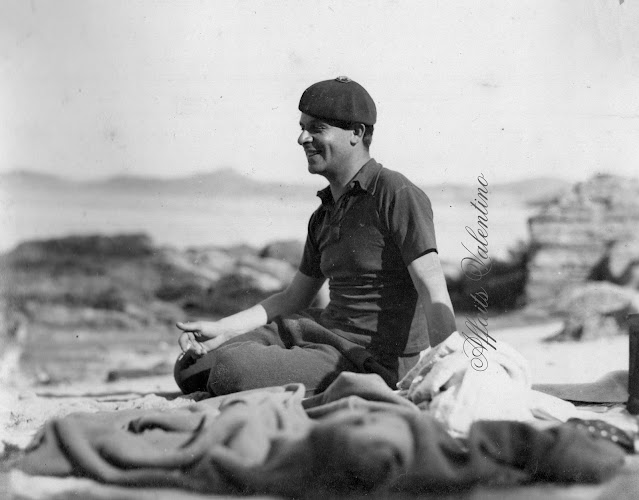 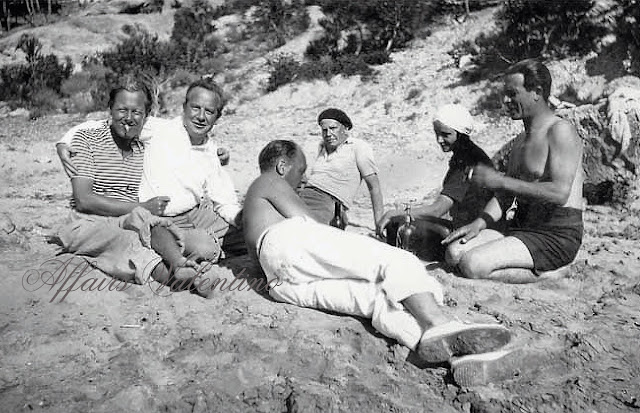 Natacha in white turban and Alvaro on her left. The man second from left in the white shirt is L.Ron Hubbard. According to Michael.
at February 10, 2022