The Scope of the Probelm

The story of the Ice Man Hansen and his “hatred” for Valentino inspired insightful comments and I want to add this (see below). The “Summary of Disbursements” as part of the “Executor's First Account”, reveals a great deal about this I think. These three pages are just a small portion of Executor George Ullman's accounting of bills paid as he sought to have his First Account approved by the court. He was anxious to close out Valentino's estate but as we know this did not happen for a very long time.

I highlighted one item. That being the total of general bills paid by Ullman after Valentino's death. I have posted and published the more detailed version of these bills but the total is rather mind-boggling. By today's rate of inflation (x 15), the current value of those paid bills itemized as $191,581.79 would be a grand total of: $2,873,726.85.

I do not think this out-of-control spending and subsequent debt was something that came about after Ullman arrived. This because in his account of his first meeting with Rudolph and Natacha, he relates how he was told about the outstanding debt in Los Angeles. But there is no disguising the scope of the problem and seems the more money Valentino made, the more the situation intensified. It really became a sort of atomic bomb of spending and debt.

And the Ice Man's hatred? It reminded me of the Dick Dorgen, “I Hate Valentino”, piece. Maybe those ladies at Valentino's Leviathan tea parties just did not favor the “Rodin” style ice work. 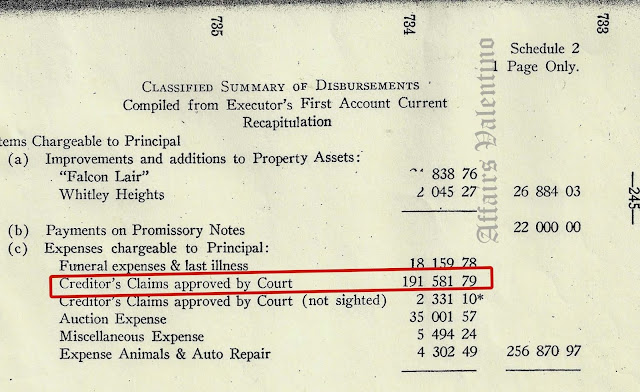 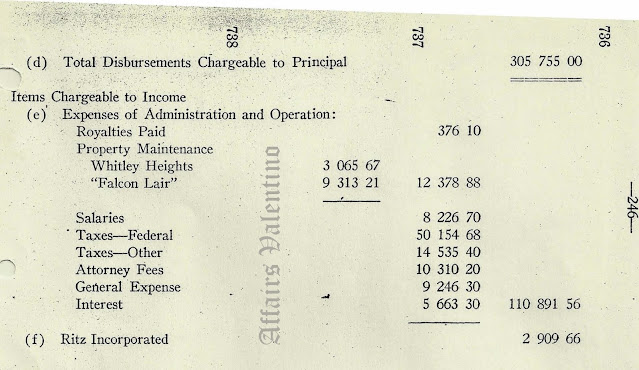 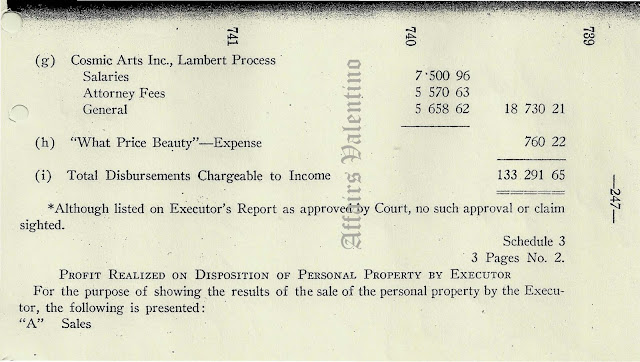