George Ullman referred to the men who fancied themselves Rudolph Valentino dopplegangers as the “applicants”. I always found that to the point. They were indeed applying for Valentino's job. No need to rehash them all but I had to be sure this gentleman was on the long list.

The news broke on February 1, 1929 along with the dramatic photo of the plaintiff being wheeled into the court room, his ruined legs outstretched. Joseph Kashioff could have been a contender to the throne of Valentino had he not been crushed between two buses on Coney Island.

In this article (see below) it is reported that Joseph Kashioff arrived in court with lawyers who were armed for battle with photos of Kashioff dressed in the costumes of Valentino's movies.

According to the report, the case “dwindled” and even though I love a good romp through court archives I am not about to take this one any further. But wow those two characters behind Khasioff.... 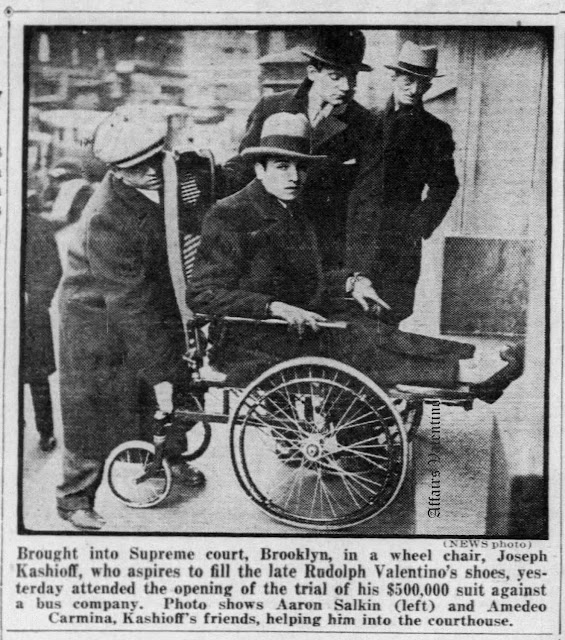