The article below was sent my way (thank-you) and I thought it an interesting insight. At first it seemed to be a tale of Rudolph Valentino not paying his bills. Then it seemed to be a reinforcement of the “plum incident” George Ullman wrote about which I included in Affairs Valentino. According to Ullman, Valentino fumed over spending his actual cash on hand but if he could sign on credit he spent and indulged himself with little restraint.

After thinking about this anecdote as relayed in 1938 by the ice sculptor, I think his comment that Valentino was “lax” in payment meant he had to submit an invoice to Ullman to be paid. So what was the iceman's beef with Valentino? Was iceman Hansen jealous because Valentino had tables full of women/admirers enjoying the fancy ice work? 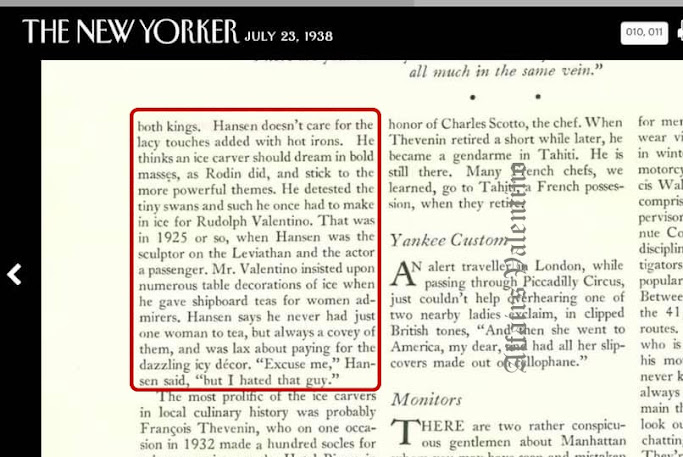