I am very proud to have found these two photos of Rudolph with the sons of his close friend and trusted business manager George Ullman. In the first photo Rudy is with Dan Ullman who would grow up to be a television screenplay writer working mostly on westerns. He sounded like a bit of a wild  child to me. 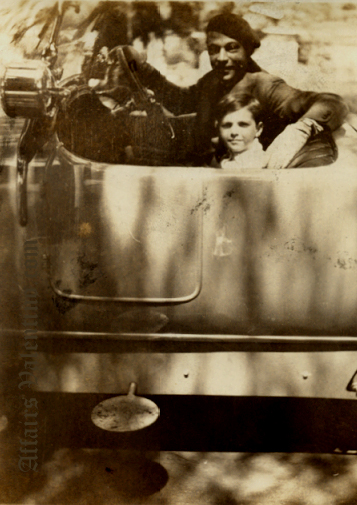 This photo (see below) still blows me away. This little baby, Rudolph's godson Bob Ullman, would work with me in the last days of his fine life and Affairs Valentino happened because of his drive to find those court records and then his sincere effort to analyze them line by line. Unlike his brother Dan, Bob deeply disliked all things Hollywood because of what happened to his father. He became a mortgage banker and a tennis pro and had a razor sharp wit. He was very proud to say Rudolph Valentino was his godfather.