Pets were certainly a common denominator between Rudolph Valentino and Natacha Rambova. But what an ambitious pet Zela the lion cub was. I am fairly sure I tracked down Zela's fate. I followed her story to Doc Graff's ranch in Azusa, the same animal sanctuary where actress and director Nell Shipman boarded her animals.

When she moved all the animals north to her studio in Priest Lake, Idaho, Zela did not go. The footnote revealed the other animals were off to the L.A. Zoo.

This was all cited to Nell Shipman's book, The Silent Screen & My Talking Heart , which if you have not read I encourage you to do.

I think some believe a couple's caring for pets is a substitute for children. I disagree on that and think it is more because said couples have a soft heart and great empathy for the furry babies. All four of ours are rescues and we would never have walked by their sweet and needy souls.

This said I do think the mutual caring for pets is a form of love between two people and in this Rudolph and Natacha excelled and really enjoyed themselves. Read more of Zela's story in Affairs Valentino. 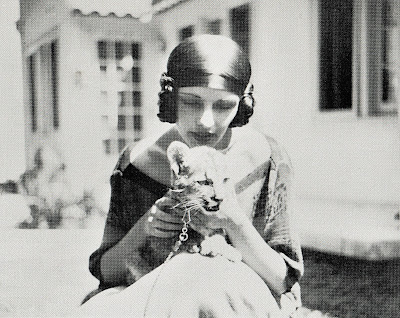 I thought to add these two photographs from Rambova's later life. How dear that she is still coddling tiny animals and nurturing them. 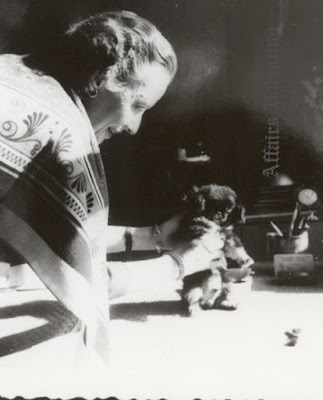 This is the last known photo of Natacha Rambova and she is holding her puppers the same way as she did with the sweet lion cub Zela. 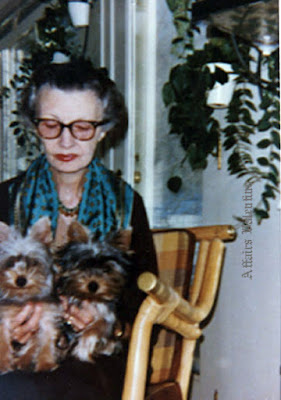