After reading the comments about Daydreams and Natacha's involvement in the writing of the poetry, I went back and read this letter in The True Rudolph Valentino by Baltasar Cué. This is one of the letters Rudolph Valentino gave to Cué to use in writing what was to be a true autobiography.

In the letter I excerpt, Natacha writes to Rudolph about the poems and includes a story she feels would be inspirational. As the anecdote she shares is lengthy, I will only share the opening of the letter. As I said, until I read this letter I believed Rudolph did not write the poems. I was impressed to learn he did; if not all of them... some or most.

I received your poems last night. According to what I telegraphed you today, I think they are good. Actually, very good and to be commended even if they lack in that something in which you shine.

With them, we should go far; so it seems better to wait, another eight or ten days, for a few others with better themes in order to present them as advantageously as possible. "The Fickle Boat" is really splendid, but the others, although good, are not extraordinary enough to serve as samples.

We need some with more fantastical imagination, some passionate, some whose value lies more in the plot and others which are more oriental. Do not forget the idea which the public has formed of you and which should guide us; this being the unusual and something useful for a few out of the ordinary illustrations.

This volume must be very rare and exceptional as well as appealing to the general public. Do you remember the story which I once told you; the one about women-orchids? I think it would serve to make a fascinating poem with a wonderful opportunity for an unconventional illustration....”

Natacha then proceeds to share her story of the women-orchids. I find her advice about the project insightful and loving. It was a good time for them as a collaborating couple and the Cué letters are so very valuable for this reason.

As always thank you to Renato for giving us this translation.

Below another Instagram graphic from a few years back... the collaborating couple hit the high seas! 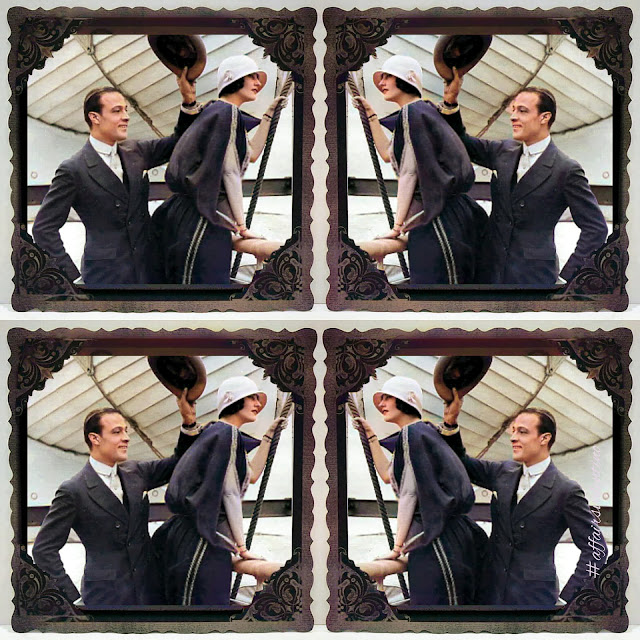