Michael Morris and I spent a couple of years playing around with the cover design for his Addendum to Madam Valentino, Beyond Valentino. The cover went through several incarnations. Initially he had a longer title but then decided it was too wordy. But the concept was always the same... 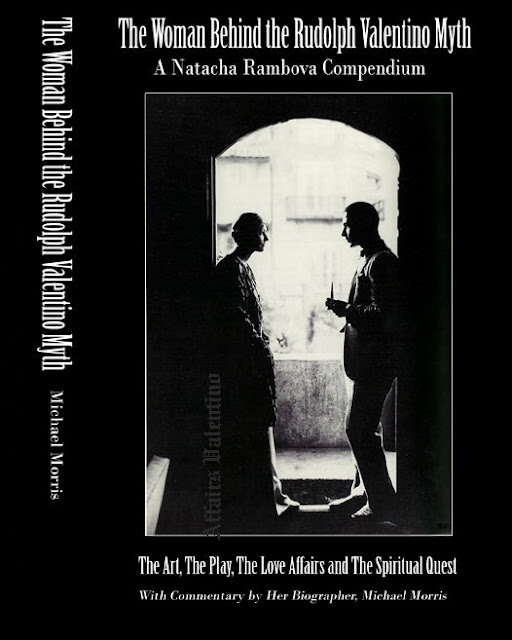 He loved the image in the design above, but decided he wanted an image of Natacha alone as the book's intent was to add much more to the knowledge of her life after Valentino. At one point he had the title as Beyond Rudolph Valentino but then decided on Beyond Valentino as he said, it was part of the trilogy. I was so honored.

This was a next concept (see rough mockup below): I thought the image was perfect but it was not dynamic enough. 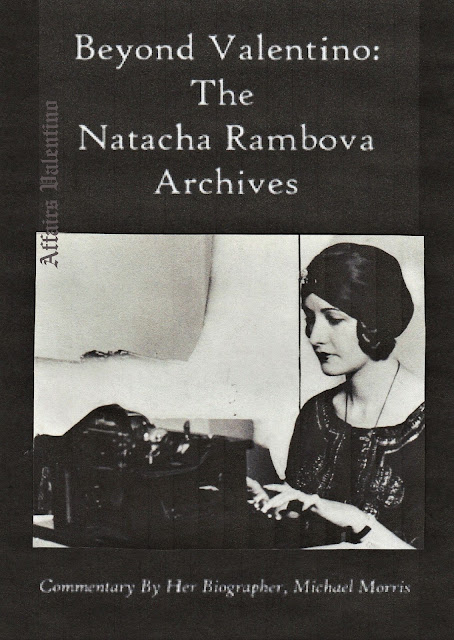 This is another image Michael contemplated using on the cover: 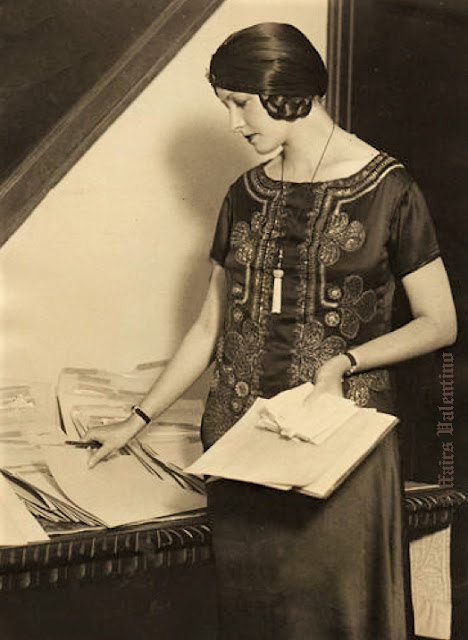 Of course it would be the image of Natacha as restored by Spanish artist Carlos Lazurtegui which won the honors. 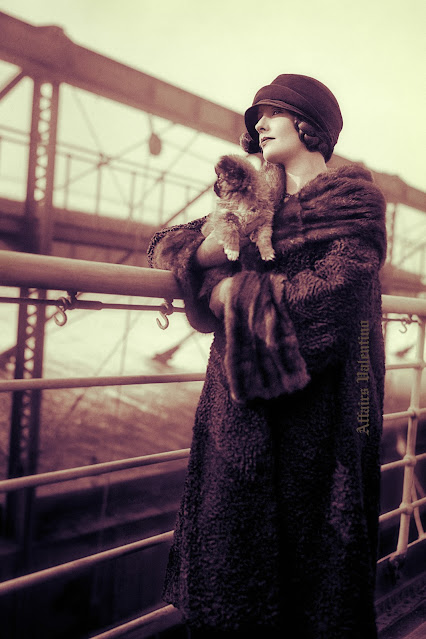 On June 28, 2016, less than a month before his death, Michael wrote the following to me as we continued to send the cover design back and forth.

Michael was some conflicted on whether to make the book similar to Madam Valentino in size. But after Michael's death, I decided to include as much as I could from his archive knowing he would never be revisting his favorite subject again.

I am sharing also (below) an early outline he sent along for the book. I have a later one reflecting many changes I will find here at some point. Michael sent this to me in an email. We did stay pretty much to this order with a few changes and my Introduction was not “short” because he had passed away and I had a lot to say.

“Hi,
Attached is just a sketchy first outline for organization of the book. As I said, I think it will work well using each Lover as a hook. Instead of appendices in the back, we incorporate All That Glitters andArriba Espana into the main body of the book so that NR can speak for herself with my commentary coming as something of an introduction and postscript.

The INTRODUCTION will be short and basically explain why I am writing the book.

The PROFILE OF THE ARTIST AS A YOUNG WOMAN will include photos from her childhood never before published (like Leatherhead Court) and a recap of the many influences going into her education as she developed into a woman. The last photo in that "album" will be the line up of her lovers and set the trajectory for the following chapters.

DANCE AND DESIGN will recap her years with Kosloff and I will include in that album photos not found in the first book plus draw attention through photos and text the many sets and costumes she developed for DeMille and Nazimova.

THE CREATION OF A HOLLYWOOD ICON will dwell on her art historical knowledge that influenced her moulding of the star we know as Valentino, and how his body itself became the clay in which she worked her magic. We then include All That Glitters as the denouement in understanding how she herself felt inside that celebrity relationship.

A MUSEUM OF RELIGION AND PHILOSOPHY will focus on that which I was not abe to write about in the first book, an account of her greatest love (in my opinion): Svetoslav Roerich. Here she not only had a handsome well-groomed man and a romantic, but also an intellectual who planned to work with her in opening a school steeped in Religion and Myth. How ideal would that have been for both of them! That Album will include the uncanny resemblances between Svetoslav and Rudy, and again in his chosen wife from India and her resemblance to Natacha.

BETWEEN THE LIGHTNING AND THE THUNDER will focus on her years with Alvaro, include Packer's photos, the tranquil life on Mallorca and Madrid and the gathering clouds between the fall of the monarchy and the bloodshed of the Civil War. It will conclude, again, with Natacha in her own words describing the situation right before her flight from Spain with Arriba Espana.

Finally with  ENVELOPED BY THE MYTH OF THE AGES I will finish with her life as an Egyptologist and scholar seeking a root that would unites all belief systems in symbol and myth. That is her spiritual quest and I will include in that final album her house in New Milford Connecticut and pictures of her in Egypt and before her death.

So all in all it will echo the first book and be filled with info not actually found in that first book.”