A Few More for the Record

From approximately 2000 until 2011, I worked on a book I titled Affairs Valentino. Initially it was a biography of Rudolph Valentino but as the story I discovered unfolded it became an odyssey relating Valentino's life and afterlife.

Quite naively I announced my discoveries which were met by some with interest. But Affairs Valentino hit a sore spot with Tracy Ryan Terhune. In fact from the exact moment I announced I found George Ullman's archive, I had a target on my back as far as he was concerned.

I will say that 2010, the year before I published Affairs Valentino was the worst of all and Terhune and Bret launched an all out assault to ruin any hope the book would ever be realized. They pretty much succeeded. It has been a long, hard road back to salvage my work.

In 2011, David Bret threatened to open hit blogs against my family members and I panicked. Not knowing much then about the internet and blogs, I closed my Affairs Valentino blogspot hoping they would go away.

Instead it was not long before... to my horror, Tracy Terhune seized my blog's URL and has run it ever since to taunt, mock and assault our good names. Anyone Googling my name or Affairs Valentino was, and is directed to his malicious posts.

When I posted the meme I made the other day of him holding his own handiwork on that blog... I did not ID him or the image. I figured he would know and should know that ten years of his abuse was enough and that I was done and done with his ruination. I posted a tiny selection of the images he has posted on that blog: 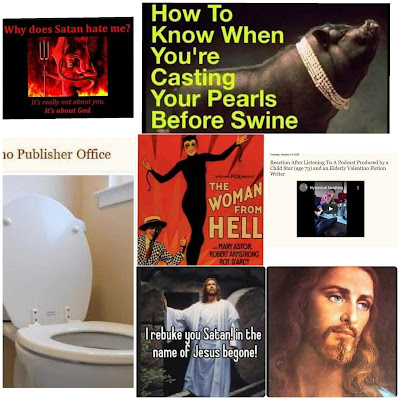 To those who claim he has a right to have a blog under the same title as my book I say the following. He has bragged publicly about his intent in running that blog and bragged about his success in deceiving my web traffic and taking over my Google search. So no mystery there. 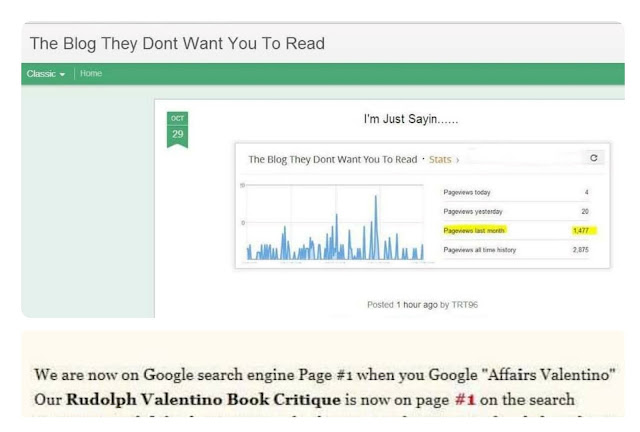 His defamatory behavior since 2012, would be impossible to share here in its totality, but in the interest of truth I share a few more of his posts... Initially he opened my old blog with statements such as the following and I add that Affairs Valentino is narrative nonfiction sourced to an enormous amount of documentation and research and I have never had a criminal warrant issued on me in my life. I also have never tried to "build myself up" by tearing these people down. I had to speak out and defend us from the lies. 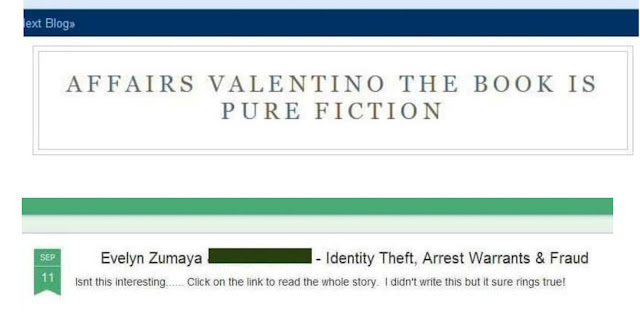 Just a few more from the archive of Tracy Terhune's Affairs Valentino blogspot (see below) and all btw were posted by “trt96"... to demonstrate his weaponizing of Jesus to convince people I am insane, his mocking my husband Renato's experience as a child star in Italy and our being elderly, his endless laughing at us videos and years of threatening and disturbing religious references, etc. This is the type of thing people Googling my book found and Tracy Terhune ensured this was the case. 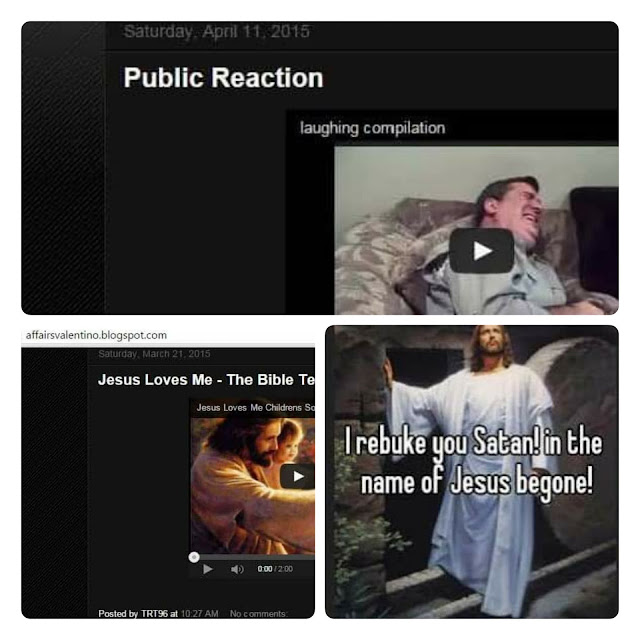 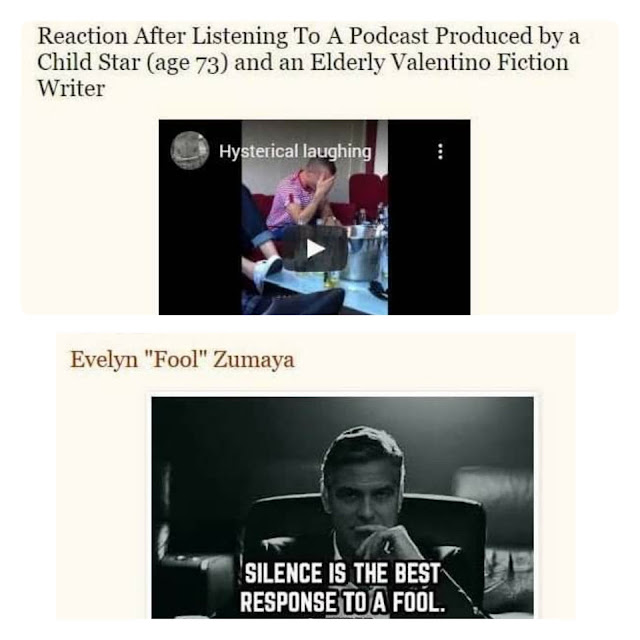 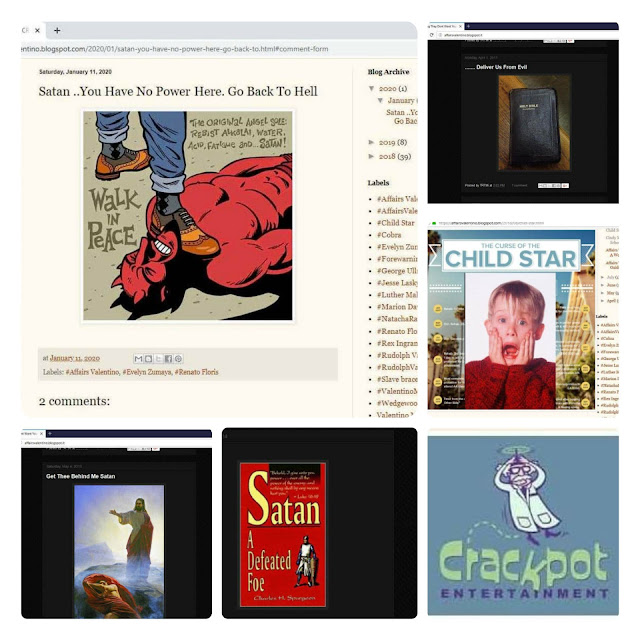 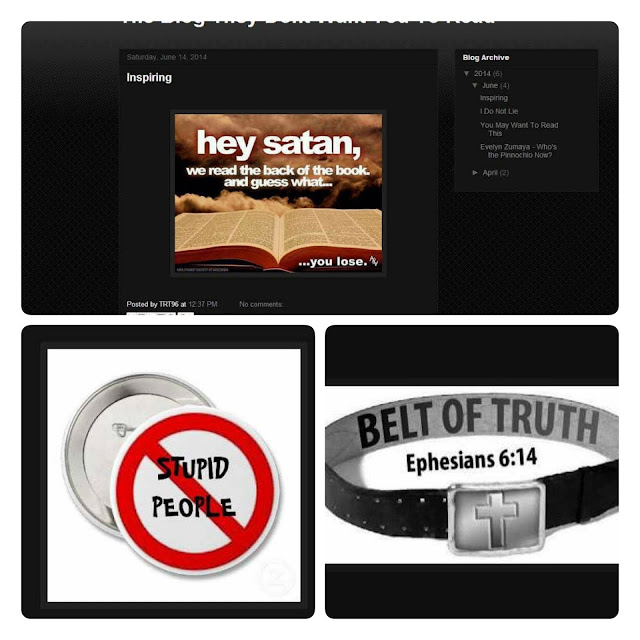 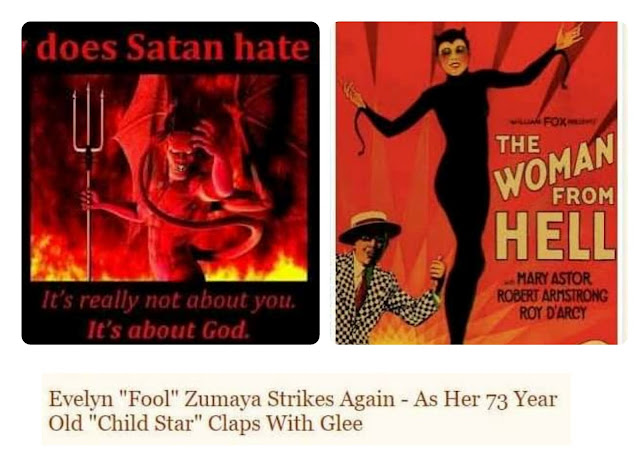 ***What do I want? Obviously I want them to stop threatening us, stop impeding our right to do business, give me back my Affairs Valentino blogspot URL and then dear God move on. I want them to leave us alone. If they do not like us or our books, then just do not buy them or read them. Sounds simple to me. And it certainly reinforces that I did something important in writing Affairs Valentino to inspire Mr. Terhune to waste so much of his precious time.