I found this favorite gem today (see below) in which Rudolph Valentino explains Hollywood's bad reputation to a British journalist. According to Valentino, Hollywood was a city of people who were registered as actors, etc. by trade, when in reality they were not. I guess the logic was to follow that this explained the number of arrests and criminal activity by many “actors”.

At the time, thousands of people were headed to Hollywood to find their fortunes in the movies. Their optimism in claiming the profession of actor prematurely was somewhat understandable. What is that expression, “Fake it til' you make it?” I guess this is what Valentino was referring to.

And his comment that Hollywood was the “quietest and really deadest” town he knows is a stretch. Maybe that is why he preferred London and Paris and New York to the wild, wild west. 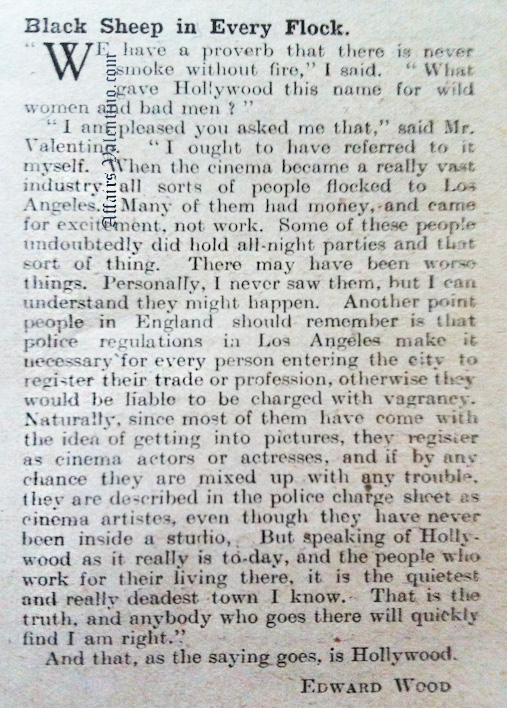