It Was a Small World

On May 2, 1922, actress and all around world class flirt Peggy Hopkins Joyce rejected the amorous advances of Chilean diplomat William “Billy” Errazuriz. It was in her Parisian hotel room where he took the news very poorly. Despite his being a married man with a child, he was so stricken with Ms. Joyce's rebuff he went into an adjoining bedroom, took out a loaded gun and shot himself in the head. He died forthwith.

Billy Errazuriz was the brother of Blanca De Saulles, wealthy New Yorker with whom a dashing young Rudolph Valentino engaged in a notorious affair. During Blanca's divorce, Rudolph was called to testify and this is an aspect of his life story which has been more than covered in detail. When Blanca shot and killed her ex-husband, her brother Billy, recently arrived from Chile at that point, was in the court room when she was acquitted.

So the connection between Billy and Valentino is somewhat established in connecting his dots. When brother Billy committed suicide in Peggy Joyce's hotel suite, one other connection with Rudolph Valentino presented itself. His name was Henri Letellier.

Henri Letellier was not a handsome man, known for his very large nose...but money talked as far as he was concerned. This because he was known as the richest man in Europe, a colorful genius who designed and built most all of Europe's finest casinos, he was also a banker, a journalist and loved lavish parties and champagne... this made him extremely attractive to women, especially the iconic gold digger Peggy Joyce.

At the time of Blanca DeSaulles' brother Billy's suicide, Peggy Hopkins Joyce was dating Henri Letellier and it was reported they were planning to marry. The connection to Valentino?

He and Henri Letellier were good friends... In 1926, Valentino and Henri..gallavanted around France with many of their champagne soirees and ladies in waiting being reported about in the press. In one mention, Henri took Valentino to check out the possible purchase of a yacht. We talked about some of their dinner parties in our podcast on Rudy & Mae Murray's European fling. The friendship of Rudolph and Henri Letellier, two quintessential, wealthy and international ladies' men is interesting to me and especially as Henri's fling with Ms. Joyce resulted in the death of Blanca DeSaulles' brother.

Some of the information about this story follows. 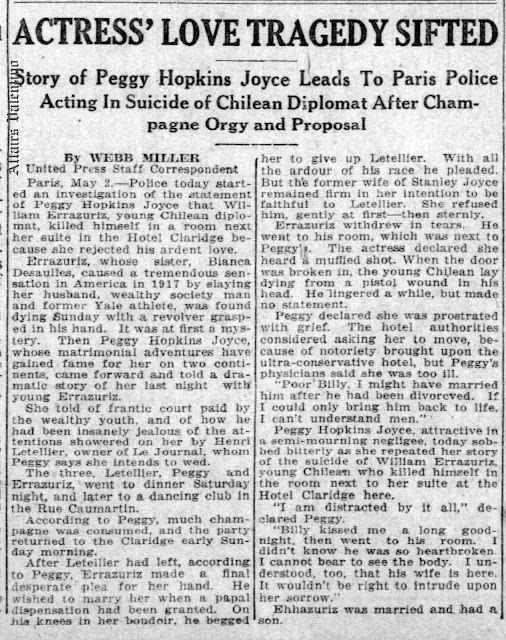 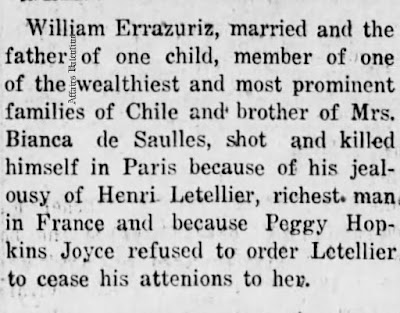 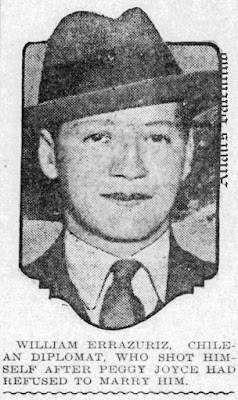 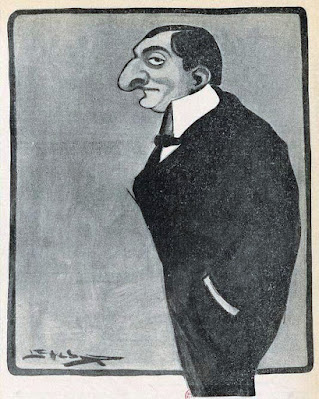 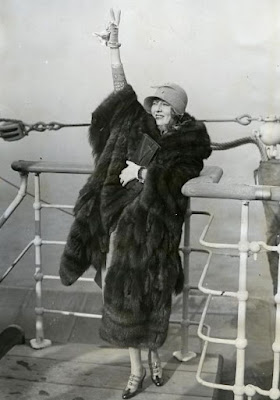 Two other oddments of Ms. Joyce's connections to Valentino: 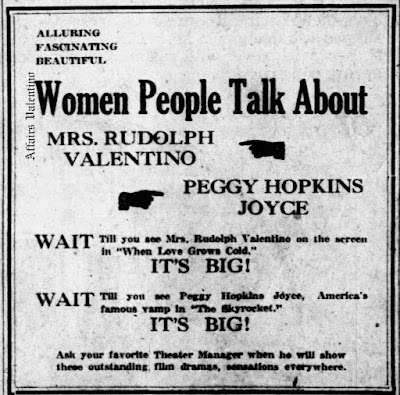