Some Credit Where Credit is Due!

For example, the life insurance policies on Valentino covered the monies owed but there was a surplus which Ullman collected and much to his own detriment. Schenck was furious with Ullman's demands when he had to pay some $40,000 and Cinema Finance handed the estate another $19,000. Considering the exchange rate is now x 15... this was a great deal of money for the Valentino family and that estate. But George would pay a price by crossing Schenck and I write about this in Affairs Valentino.

Giving Ullman some credit long over due and I think it is great we have his own words to appreciate. In lines #460-461 George is under direction questioning by his attorney. 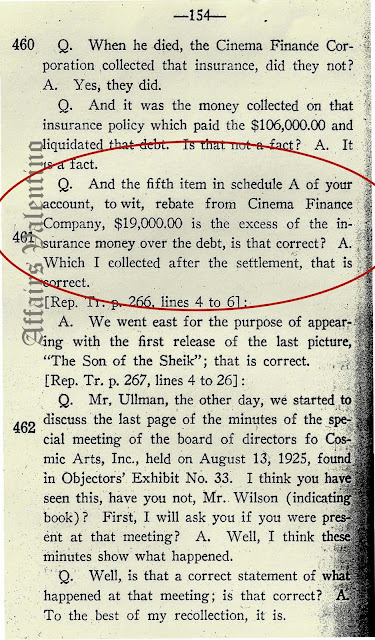