A Whale of a Difference

About a week ago David Bret posted his one thousandth “witty death wish” for me by posting an image of a skeleton sitting in a garden. I can not describe it further because I did not see it. My dear Renato spotted that one and told me about it.

Bret has written about my death for so long online he has earned the nickname,“Death Bret”. And when his local police paid him a call about his writing so obsessively about my death, he told them it was all just “witty death wishes”.

The only reason anyone would ever speak about someone's death in a “witty” way would be to be a complete ass and try and scare them, threaten them and make them suffer. It's called bullying.

Imagine having someone joke about your death every day for about eleven years because you wrote a book they did not like? And imagine if they wrote about your death without ceasing online for the world to see including your relatives, friends young and old? Imagine someone publishing your obituary, authoritative articles about your death, “Do Dead Authors Sell Books?”, pictures of coffins, wheelchairs and rotting corpses?

Now Bret has a team mate in those constant reminders of our deaths and that would be Tracy Ryan Terhune. Both Terhune and Bret have done a great deal of tag-team tick- tocking and sniggering about our age and how no one will miss us when we are gone.

What kind of upside down world is this when Terhune and Bret are allowed the tiniest voice in anything Valentino? Because of their death laden and ageist bullying, I think neither one of them should be allowed to utter the name of Rudolph Valentino.

I am not yet that skeleton in the garden and am armed with LIFE to fend off their bad mojo of death wishing and death fantasies. I guess I should feel sorry for people like them and in some ways I do. But their lies won't stand as our truth and I will do all I can to rid the Valentino world of all the lies they have posted everywhere about Valentino and us... I intend to do so through blog, book and podcast.

I saw this image this morning and thought it made the point. “What a whale of a difference a few words make” indeed. 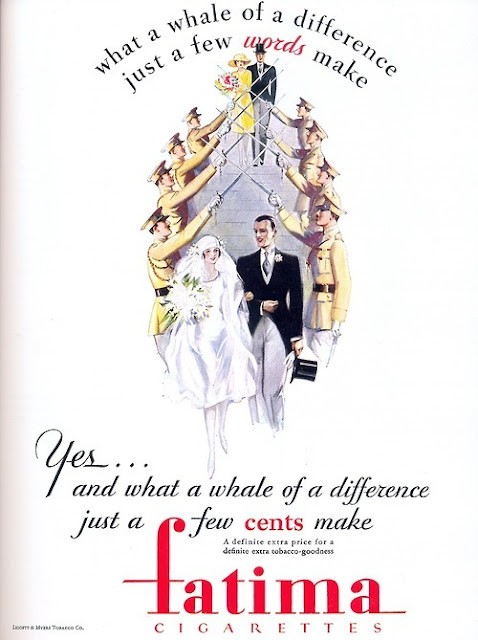