Pola Negri Was "Sick of Talking About Valentino"?

In 2003, I interviewed Valentino memorabilia collector Bill Self. I have spoken about these interviews many times as the information he shared with me became a valuable aspect of Affairs Valentino. I have also mentioned before that Bill Self did not want to be recorded and was shy when I began writing. I had to be subtle in my scrawling.

I have those notes in a file and today share these 4 little pages as I think they provide interesting insight. At the time of this interview, I had not yet found the probate court records and I was just telling Bill Self about my discovery of Valentino's shipping case or sarcophagus at Campbell's. 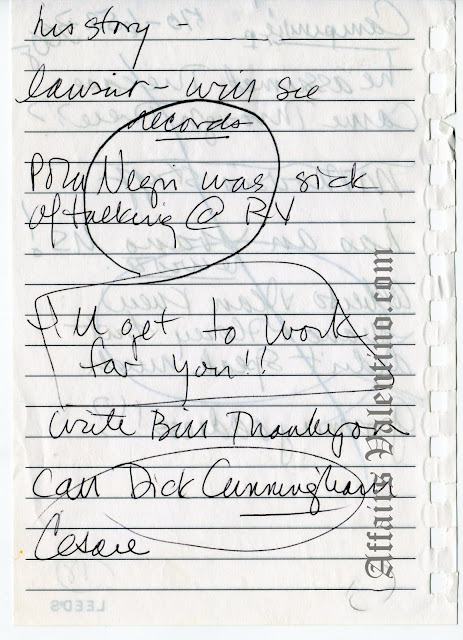 Bill Self assures me I will "see" those missing court records, tells me that "Pola Negri was sick of talking about Rudolph Valentino", tells me he will "get to work for me", and I jot down a reminder to write a thank you note, call the funeral director Dick Cunningham and the Campbells' contact. 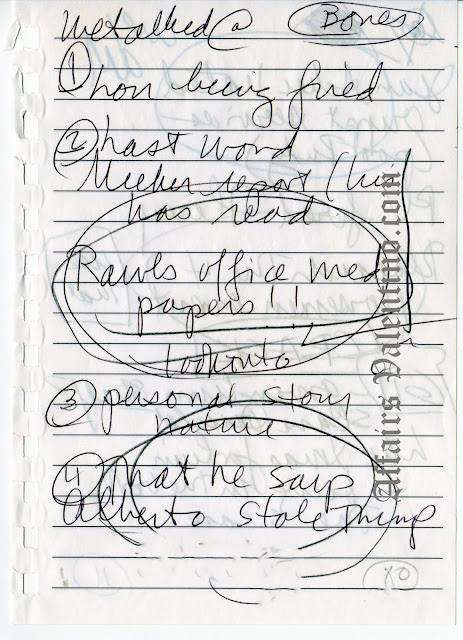 Bill Self and I discuss Lou Mahoney being fired and Dr. Howard Meeker's report. He tells me he has the surgeon Dr. Rawl's office medical papers and that Alberto Valentino "stole things". I am not sure what I meant under #3 - "Personal Story - nature". 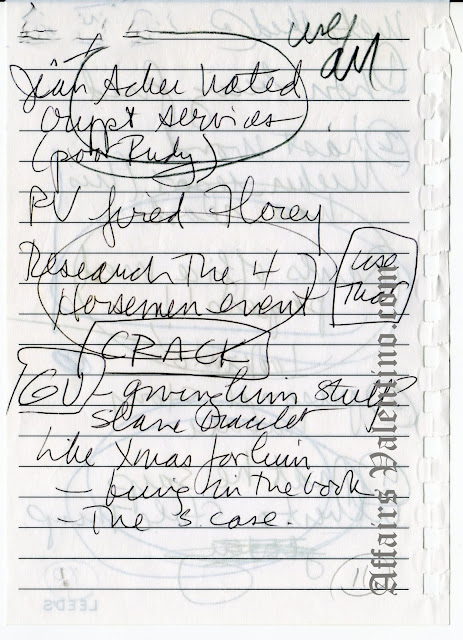 Bill Self tells me that Jean Acker "hated" the crypt services, that Rudolph Valentino fired Robert Florey... he tells me about the Four Horsemen Screen Actor's Guild event and George Ullman giving him things and I wrote, "slave bracelet"...was like Xmas for him (for Self), etc. 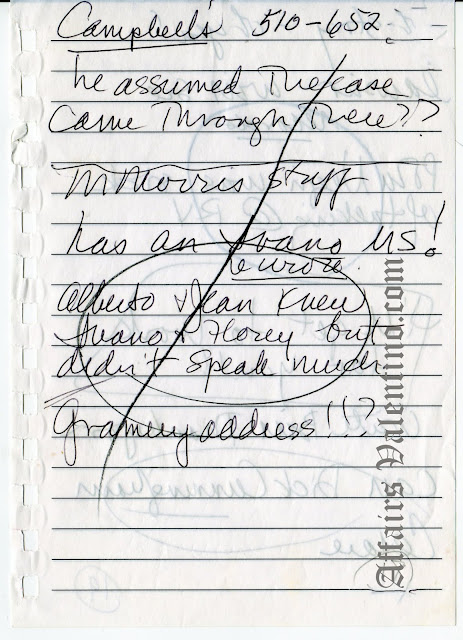 Bill Self and I discuss the shipping case and Campbells, some mention of Michael Morris and he tells me he has a memoir which was written by Paul Ivano. He adds that Alberto and Jean knew Paul Ivano and Robert Florey but "didn't speak much". The last reference is a reminder to look up the Gramercy address. 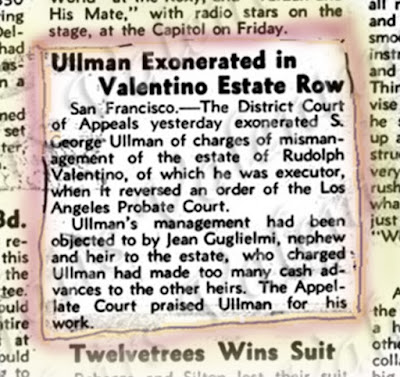 Just because this needs to be repeated.