It was thanks to this little baby boy, Rudolph Valentino’s godson Bob Ullman that Affairs Valentino came into being. He was adamant I not write about his famous father, S. George Ullman's tenure as Valentino’s executor without the court records. Thus began the journey of revelation which became Affairs Valentino.

I know the “team” of Terhune and Bret and their “molls on the sidelines” as Michael Morris called them... they refuse to acknowledge Affairs Valentino’s existence unless to trash it with lies. When asked to recommend books, they will consistently recommend Emily Leider's Dark Lover and the books of Donna Hill. It is not that those books are not worthwhile, but those recommending them are the same people who wield the attacks on us and brag about their ruination of our books. This reveals a most insidious aspect of this “Books on Valentino" story.

Donna Hill continues to shun (shunning is bullying) all of our books and issues no statements deploring the name-calling and bullying by the team. Cindy Martin recently confirmed Hill's working affiliation with Terhune. (see previous posts) Donna Hill wrote me, in 2003, about her opinion of Leider's book which was not so favorable all in all. But the alliance, of which in my expert opinion she is a part, is fierce and this specific recommending, as well as the vicious "un-recommending", if you will of our work.. is an essential aspect of the alliance's purpose.

Affairs Valentino is not attacked and shunned because it is not worthwhile, not because I wrote in a narrative non-fiction style... it is ruthlessly "un-recommended" because I discovered those court records, discovered the truth about Ullman, Alberto, Mahoney... the entire true story which the Valentino family and their minions have been lying about and suppressing for decades. And if Affairs Valentino was after all a bad book, they would not have been so obviously terrified by it and up in arms... and for over a decade now.

The campaign against us and our work by this team/alliance is, in my opinion, part of the cover-up conducted by the Valentino family. Why, if they had access to the court records, did they not correct the lie that Ullman was guilty of mismanagement? Why did they not correct the lie that the family only got a few items of sentimental value from the estate... I could go on and on. Why did they not say the 1975 Ullman memoir existed? In the team's heartily approving of Valentino family sanctioned books, they control the narrative and I say a heavily censored and false one.

Leider's book is no bible as no book is, except perhaps the bible. She did not report the settlement of the estate accurately, did not reveal anything about Frank Mennillo's true role, was wrong about Lou Mahoney and as Donna Hill wrote me, largely based Dark Lover on fan magazine articles.

But no where are the recommendations more questionable than in the team's praise for Leider's attempts to portray Valentino as gay and bisexual. She presents no evidence and utilizes innuendo as fact and states that “bisexuality is always an option.” Anything is for that matter except breathing.

She refers to Andre Daven's “relationship” with the head of the Swedish Ballet, Rolph de Mare when it was, according to all publications and press, a working relationship. If Leider did research in the Cinemateque in Paris as she says she did in the Jacques Hebertot Collection, she would have seen the letter which we have posted @ https://andredaven.blogspot.com/  revealing the true relationship of Valentino and Daven.  This is where these letters were housed previous to auction. Did she miss that letter or did she choose to not reference it? Many questions remain.

It is my opinion she pandered in presenting her innuendo that Valentino could have been gay or bisexual and in this way she gained the undying support of the Valentino was gay team. For she surely knew if she did not give that to them, they would have assaulted her as they did us.

They praise her book because it upholds the family narrative and because she wielded just enough double talk/innuendo about Valentino being gay/bisexual to keep the cult leader happy and prevent herself from being called homophobic.

Rest in Peace Bob Ullman. It was a pleasure working with you and thank you for your integrity, for the book and this great story! 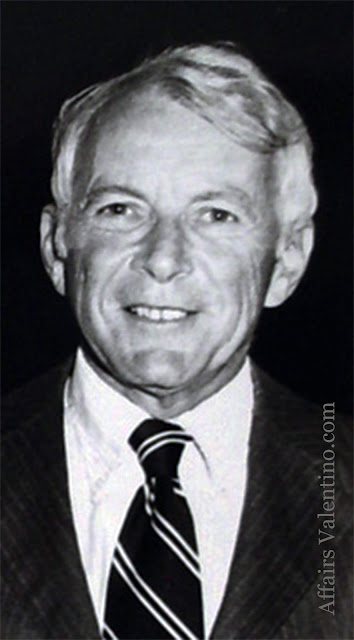 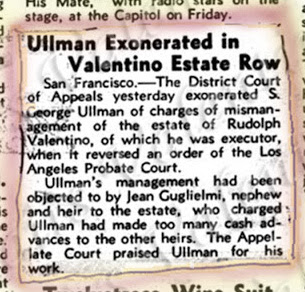