Innuendo is Not Fact

In 2003, I interviewed Brad Steiger, one of the authors of The Intimate and Shocking Expose of Rudolph Valentino by Brad Steiger and Chaw Mank. I certainly would have interviewed Mr. Mank but he was deceased. In my opinion theirs is the second worst book ever written about Valentino and among the many reasons why I say this:


One... it is homophobic and denigrates homosexuality in many ways including references to homosexuals as “deviants”. And two... because Steiger and Mank allege it is sourced to some mythical accounts and documents which they never locate or reveal. This is not sloppy research, but no research. I kept a couple of sources anonymous in Affairs Valentino but I included over 40 pages of end notes as directions for readers to find my sources for themselves if they so desired.

The Mank and Steiger book is presented in an obscene and sexually graphic jumble of typos and factual missteps. Steiger and Mank portray Valentino as a sexually confused mess of a man who vomits in disgust while trying to have sex with a woman, a man who spends most of his time in gay bath houses and who was sexually molested by a nanny as a little boy. That last aspect was so disturbingly presented, I wonder how it ever came to be in print.

This book denigrates Valentino further by exploiting some correspondence he had with Chaw Mank's fan magazine, which was polite and professional. Steiger and Mank include these formal greetings from Valentino in order to bolster their x-rated narrative. The book, by the way, was made into the equally as awful Ken Russell movie, Valentino. Enough said.

I critiqued the book in my speech in Turin and in Affairs Valentino. David Bret has been furious at me for that ever since... this because he claims he knew Chaw Mank and that he based his Valentino book on Mank and Steiger's book. I pointed out in my speech that Bret plagiarized the book. I also question that Bret knew Mank and point out that Mank died many years before Bret wrote on Valentino.

Because Steiger's stereotyping of homosexuals so dominates and because Bret likes to feign being an advocate for the gay community, I found this all quite odd.

You may watch my speech and my critique of both books @ https://www.youtube.com/channel/UC9PrbMz0qwmnEWSGZb_jNZQ

Today I present the transcript of my exchange with Brad Steiger and say that I found it shocking in its sweeping innuendo with his claiming rumor as fact, and perpetuating antiquated homosexual stereotypes... such as his emphatic statements that one's sexual orientation is contagious and determined by your friends and business associates. I also wrote more analysis of his book in my article, Words of Clarification which can be read @ https://bit.ly/2JOxk8s

Here follows my print out of the email exchange verbatim which is of course preserved on the servers. I add my footnotes today about his responses as I had a bit more to add. 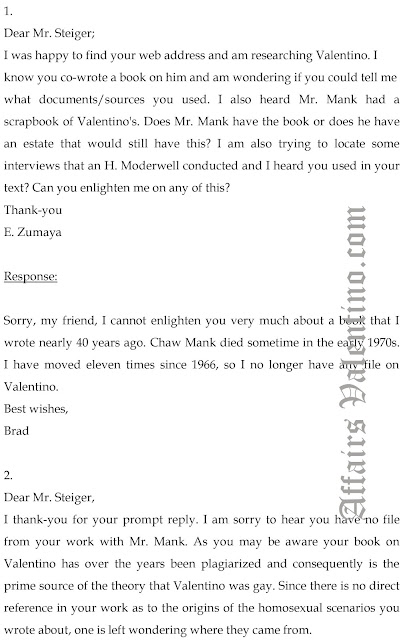 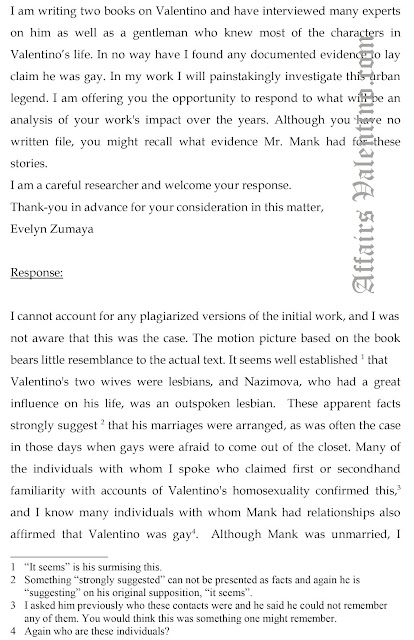 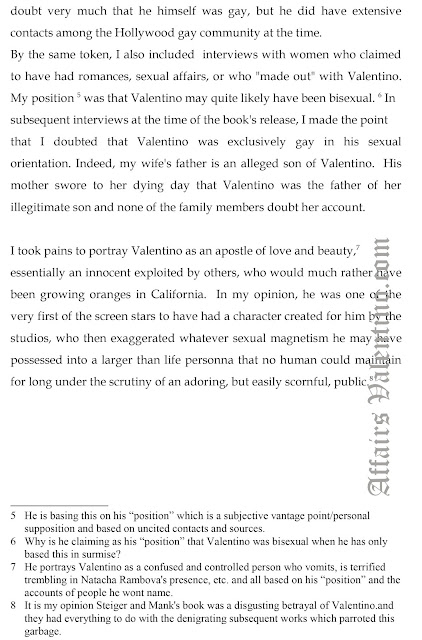 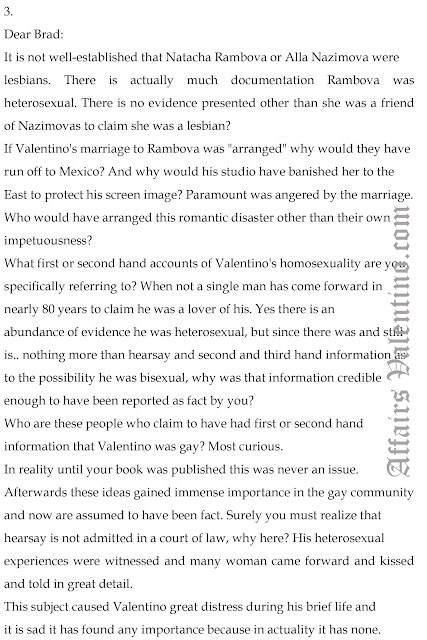 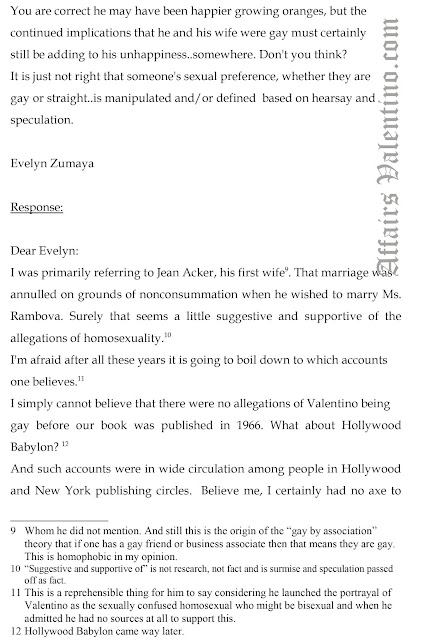 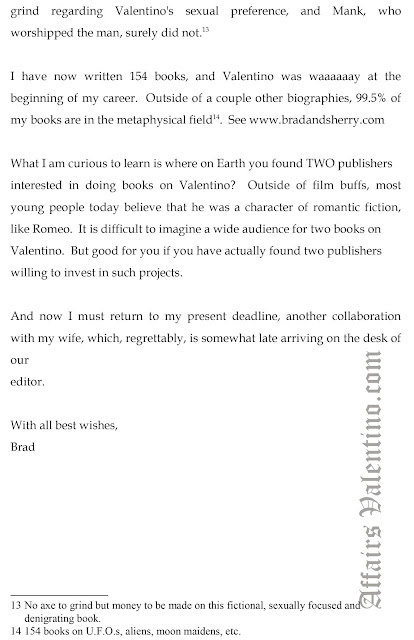 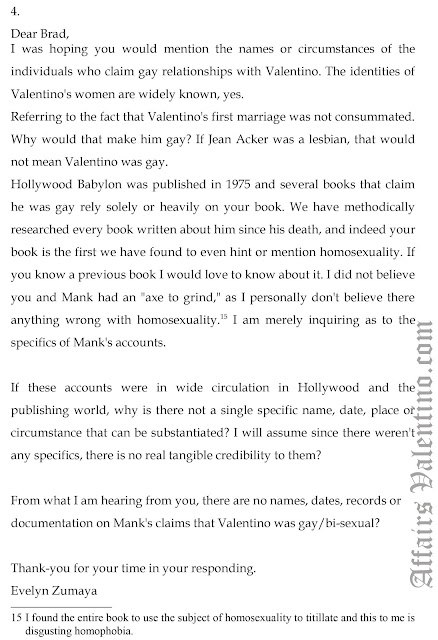