Some years ago, on May 6, 2014 to be exact, Renato and I published Affairs Valentino in Italian. It is a somewhat shorter version of the English version and the book, L'Affare Valentino was edited by a relative of Rudolph Valentino living in Turin, Ms. Chicca Guglielmi Morone. She hosted a presentation of the book at the prestigious “Libreria Dante Alighieri di Fogola” book store at Piazza San Carlo Felice 15 in Turin.

Because of the nature of the threats against us at the time by the many blogs targeting us and the online cyber campaign and "death wishes" against us, it was deemed prudent to hire a body guard for us for the event. The body guard's name was, “Rambo”. I was not comfortable with putting anyone's life on the line for a book signing, even a professional like Rambo and decided that would not happen again. It hasn't. 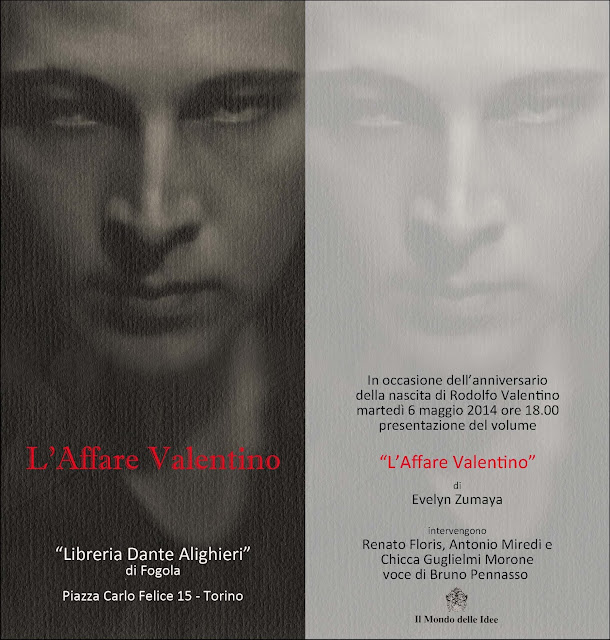 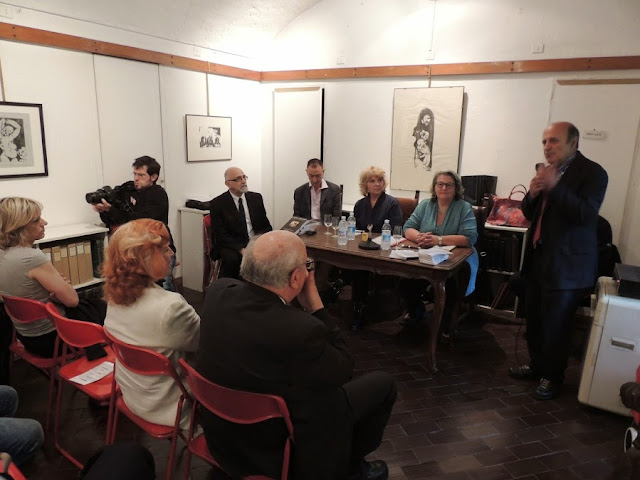 Left to right to from Renato, Antonio Miredi, yours truly, Chicca Morone and Signor Fogola 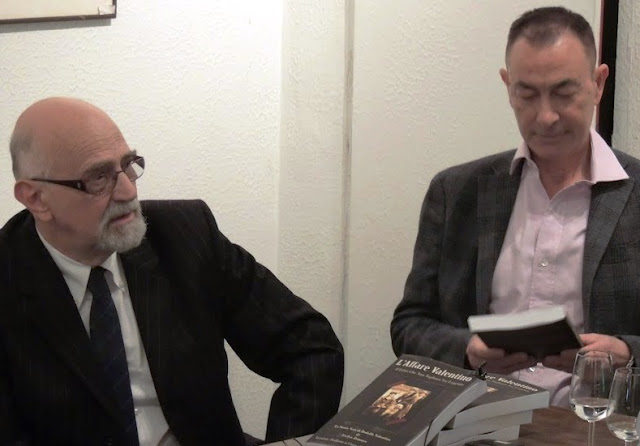 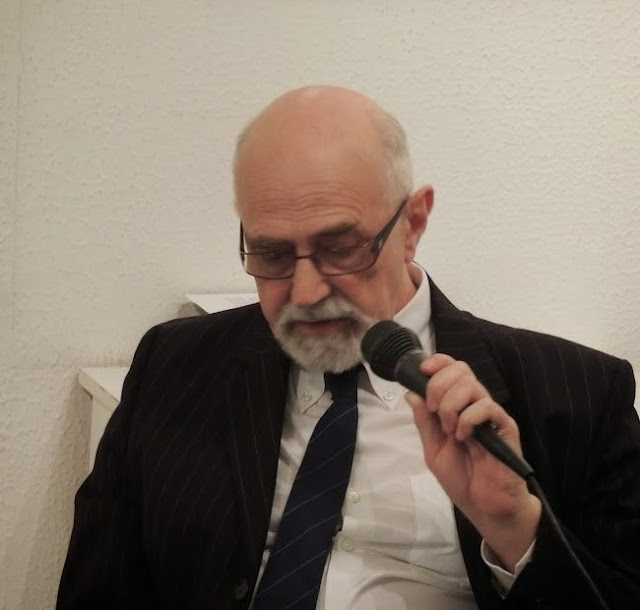 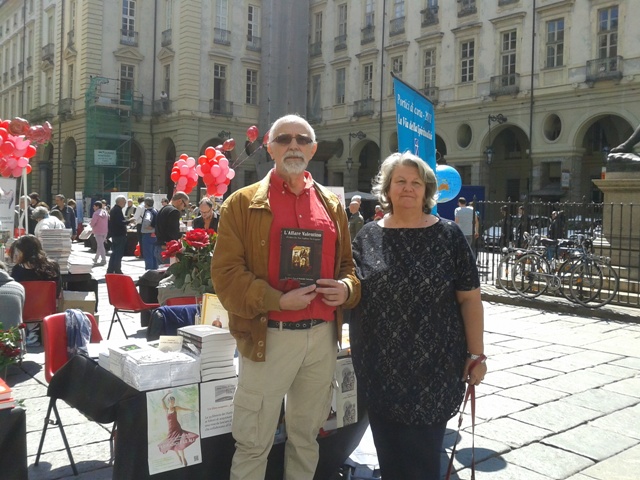 Renato and Chicca Morone at a Turin book fair 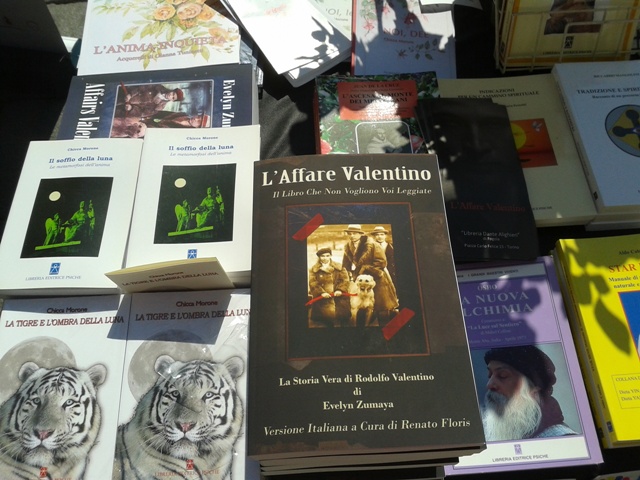 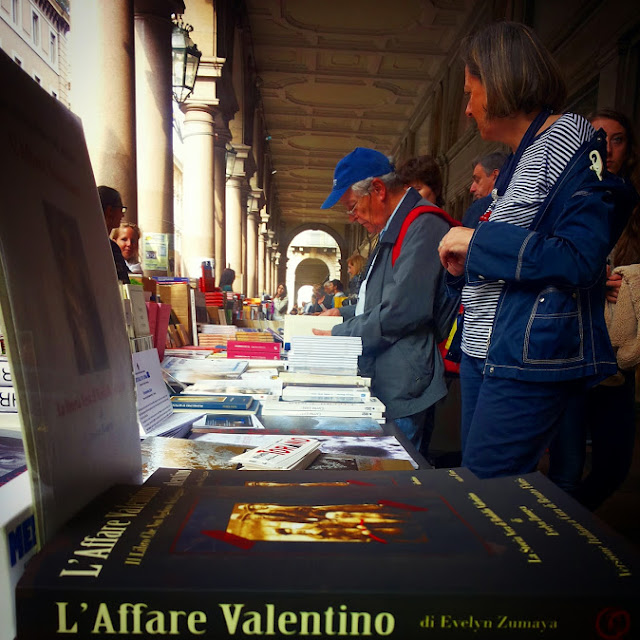