Natacha Rambova's sketches reveal a confident hand. Such talented women, working as artists...faced and still face for that matter... a dilemma; the agonizing choice whether to pursue their art professionally or have children. This was especially true for the women of Rambova's day.

Pursuing art as a career for Natacha Rambova went beyond a fantasy and her success was almost overnight; she was a star when she met Rudolph Valentino. I agree with Michael Morris' ardent belief that Rambova created the Valentino aesthetic and was "The Woman Behind the Myth".

An interviewer once asked me what effect the Hollywood movie moguls had on Natacha Rambova and I did not have to ponder long and answered, “They destroyed her.” For me this was the bottom line.

Below, the sketches of Natacha Rambova from her days with Valentino and years “Beyond Valentino” from her Egyptian field sketchbook. 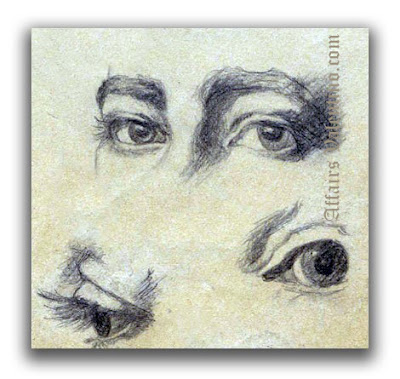 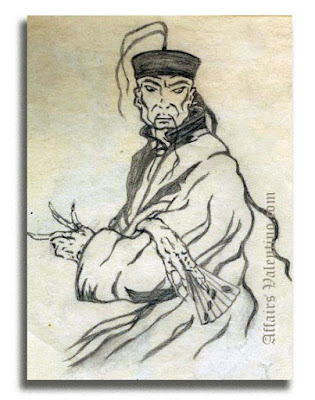 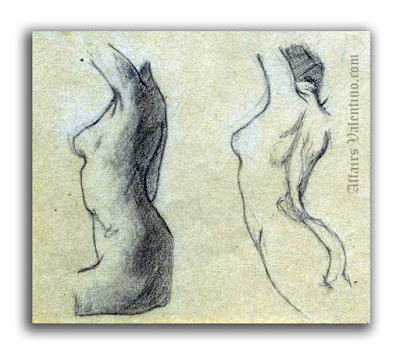 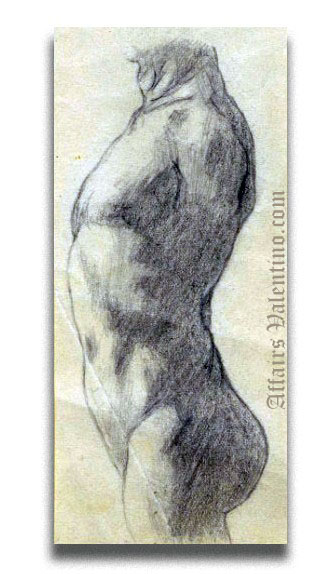 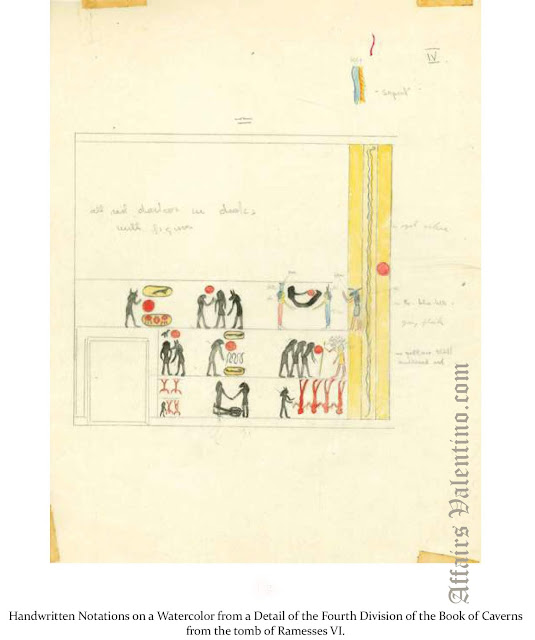 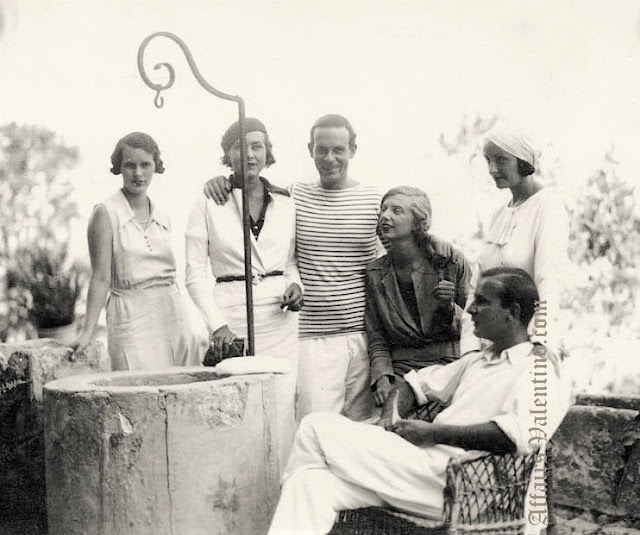 Natacha Rambova "Beyond Valentino" in her home in Mallorca. Her then husband Alvaro de Ursaiz wears the striped shirt. This is one of the images which were first published in "Beyond Valentino" from the collection of Natacha's god daughter, Maria Salome. Don't you wish the photographer had asked the woman in the black beret to move to the right or left? Still a fabulous image I think.
at May 19, 2020