The image below was recently sent to us with an inquiry as to whether this was Rudolph Valentino. The answer is no, it is Alberto Lionello who in 1972 took the stage at the Sistina Theater in Rome to play Valentino in “Ciao, Rudy”. 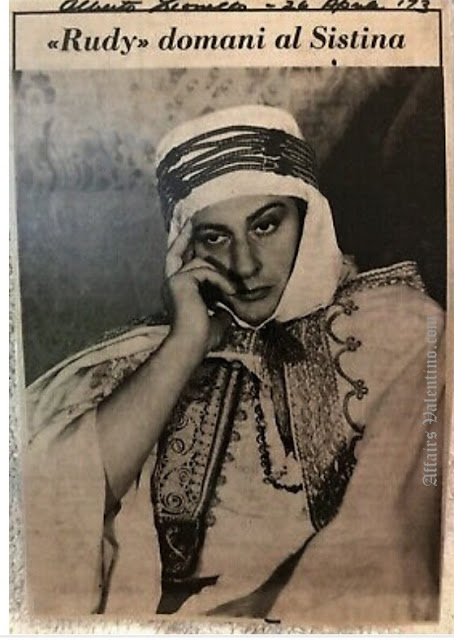 “Ciao, Rudy”, a musical by Garinei and Giovannini (below) was first produced in 1966 with Marcello Mastroanni playing Valentino and the opening on Jan. 7, 1966. 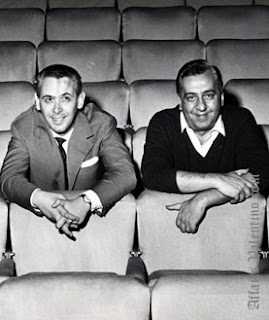 The second production opened in 1972 with Alberto Lionello as Rudy. Two books of the play were published, the first in 1965 and the second in 1972. 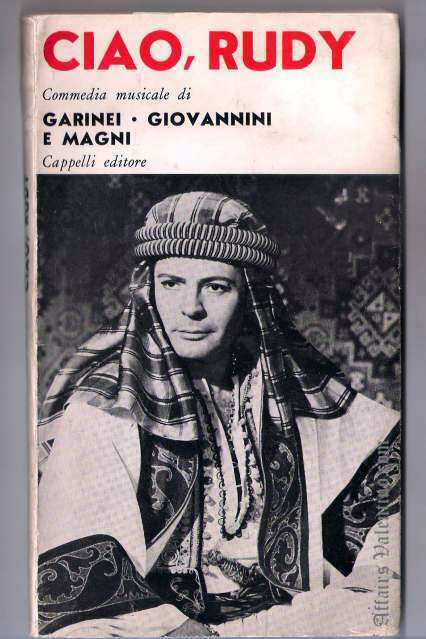 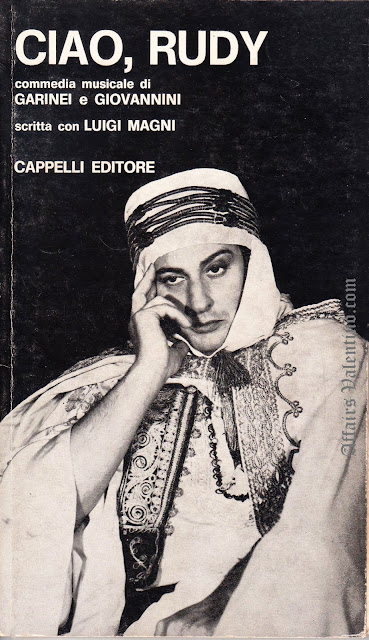 Recordings of the production are also available on vintage record markets online with the musical score by Armando Trovajoli.