A Few Words About the Reincarnation of Bathsheba?


Nicholas Roerich's history was one of the most fascinating things I discovered while researching Natacha Rambova. Within the Roerich story, Natacha's presence from 1928-1931 still remains somewhat shrouded in mystery.

Michael Morris did not write about Natacha's love affair and three year engagement to the elder son and heir to the Roerich throne, Svetoslav. He told me he was asked not to write about that and he agreed on the condition they would allow him to use Svetoslav's portrait of Natacha on the back of Madam Valentino.

He regretted doing so and in 2009, he and I went to the Convegno Valentino in Turin and he eagerly corrected his omission by speaking for the first time publicly about Natacha Rambova and Svetoslav Roerich's love. He alleged he was the love of her life and not Rudolph Valentino. We posted his speech @
https://www.youtube.com/watch?v=0UmFGti3FoU&feature=share

As an artist I so greatly admire the work of Papa Roerich. Although Svetoslav was brilliant artistically, for me Nicholas was the master. Most of his paintings are high country snowy landscapes from the Altai Region... between India and Russia. For me these are his best.

Michael Morris passed away believing Nicholas Roerich called his son to India to be with him and Svetoslav obeyed, breaking off his engagement to Natacha. I would learn just a year ago from someone in the Spanish Roerich community that according to the newly released diaries of Mother Roerich... Helena... she was the one who demanded an end to Natacha Rambova. And this was because she believed, or was told through a vision, that Natacha Rambova was the reincarnation of Bathsheba. How Michael would have loved to know that!

It was not always easy to work with the Roerich Foundation because there are two factions which seemed to be in some conflict. I was as careful as I could be but I am sure I made a few missteps. But they were very generous with images and materials and put me in touch with a gentleman in Moscow who is head of the Roerich Heritage there and writing a book on Svetoslav. He confirmed Natacha and Svetoslav's engagement.

Despite the fact Rudolph Valentino's wife/widow, Natacha was engaged to be married to Svetoslav Roerich and despite her affiliation with the Roerich Foundation, my interest was piqued in discovering the Roerich art.
There is a great deal of it online and a veritable museum of paintings in New York @ http://www.roerich.org/ 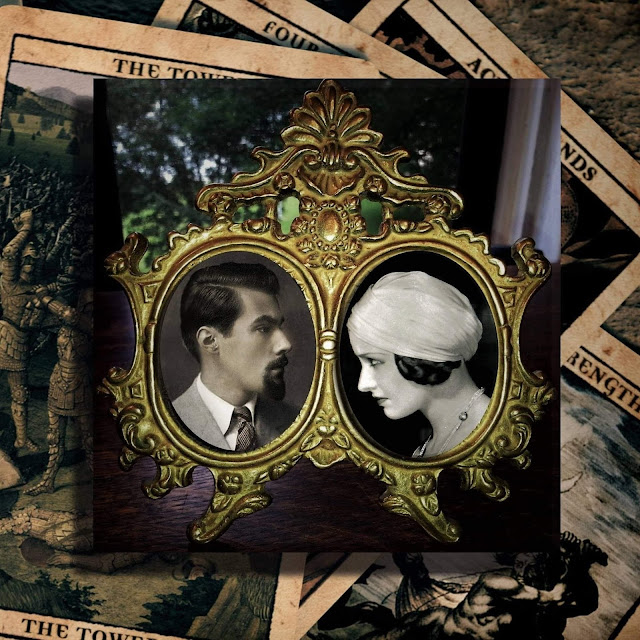 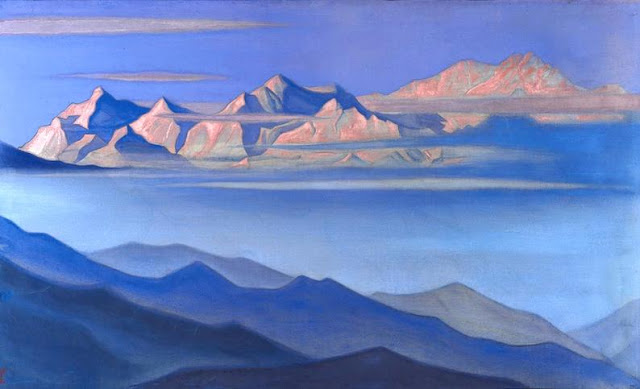 Nicholas Roerich at his most confident!
at April 24, 2020