Evidence of the true love between Rudolph Valentino and the woman he would marry, not once but twice, Natacha Rambova can be found. Even the thought of proving their love was unheard of until recently. Snarky, misogynistic comments were made about her, but the honesty of their love as husband and wife was accepted as far as I could see until the great fiction writers, i.e. Chaw Mank, David Bret decided she was a ready target and began to sling their mud. Why? Partly because that is what those kind of people do and partly because they wanted Valentino gay and in order to make him gay, the fact he was in love with and made love to his wife, had to go. Hence the lies.

A major part of the "Valentino was gay" hoax by Bret was the vilification of Rambova. He began as he does with all his targets to call her names and along with Terhune's taglines the attack was on. How antiquated of them to participate in attacking Rambova so unjustly, behavior which was considered offensive back in the 1920's.

Natacha Rambova, according to all who knew her, had an infectious and pleasing laugh, was generous with her time and money. She recognized talent and advocated folks who became great stars. The article below was coverage of Natacha's trip east in the spring of 1922. And I am sorry for all the damage Bret and Terhune have done to this charming and lovable lady. She was the best thing that ever happened to Valentino. #rudolphvalentinosqueen 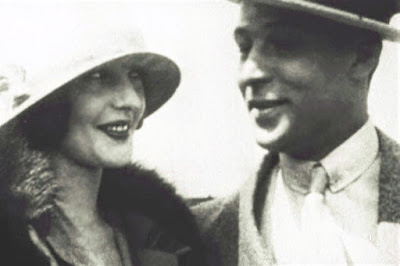 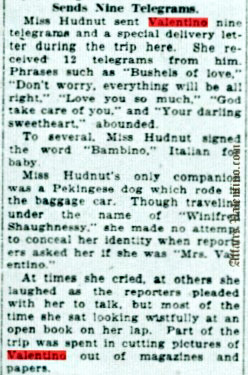