When I asked Frank Mennillo's grandson how and when Frank knew Rudolph Valentino, he looked me straight in the eye and said, “Met him at the docks”. And the story began.

Frank took Rudolph straight to the tailor and got him set up. Frank made one lasting impression on Rudolph that day by telling the teenager he was never to be seen in public without spotless white spats.

The myth Valentino arrived in New York City broke, penniless, floundering about knowing no one, etc. is still so entrenched in his legacy. Someone asked me recently if I thought there was one false thing about Valentino which could never be changed and I said this: the myth that he arrived destitute and not speaking English. It still seems to be everywhere.

I understand why it was generated and I get why Valentino would have gone along with it. It made him a hero to his Italian-American countrymen and women who came to America as immigrants believing they could do exactly as Valentino did.

But now there should be some accountability to reference the facts as they line up. I am not sure what the attraction is to maintain that rags to riches story in light of these families histories and the evidence. Why does Valentino still have to be portrayed as some wandering lost soul on his arrival when he was not that at all? 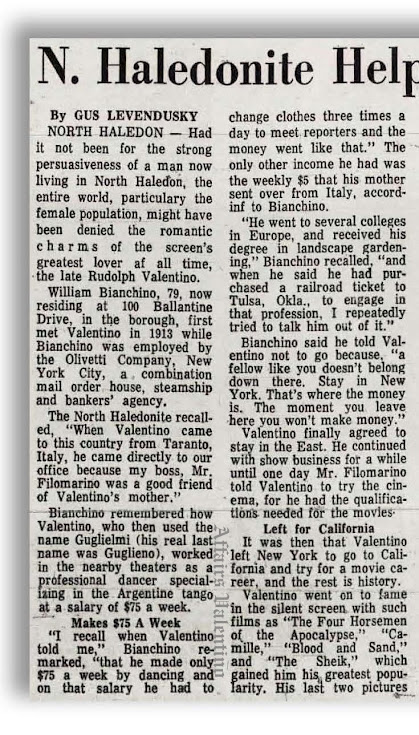 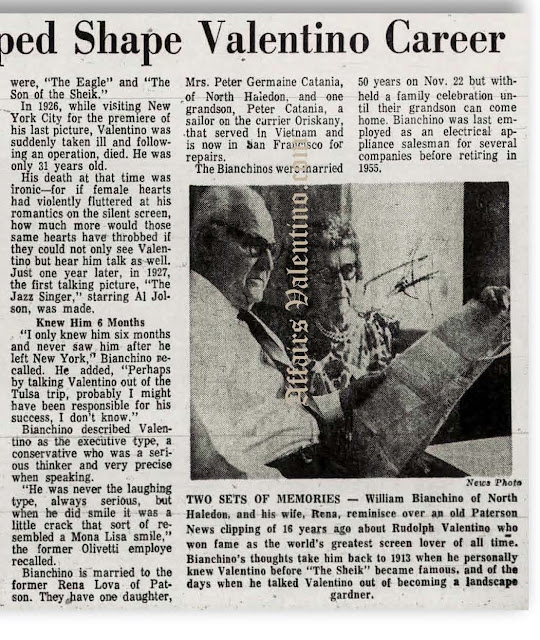