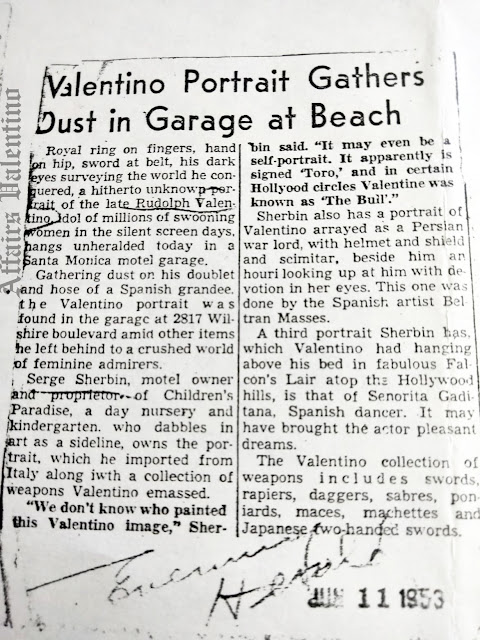 Well I would ask Mr. Serge. V. Sherdin, which is it? Did you find the Valentino artifacts in the Wilshire Boulevard garage or did you import it all from Italy? For me the suspicious line reveals Mr. Sherdin, “dabbles in art as a sideline”.

Did the reporter not get the story straight? Or did Mr. Sherbin find the Beltran Masses portrait in a garage in 1953? Or did he paint one? Did he paint them all?

Fact-checking the story reveals the man did own a day care and a motel at 608 San Vincente Boulevard in Santa Monica. But this story has some missing parts and could be a tempting rabbit hole. 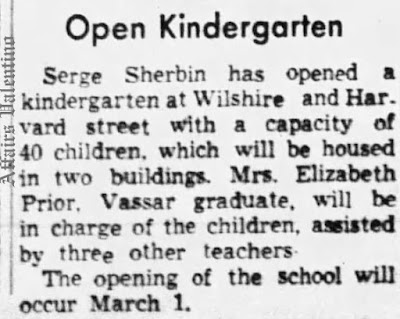 Above from The West Los Angeles Independent, February 8, 1952 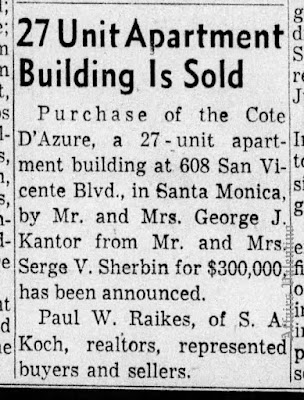 The Rudolph Valentino Production Company's prop house was on Santa Monica Boulevard so that is not an explanation. I also doubt in 1953, all of that was abandoned in a garage on Wilshire. And the importing it from Italy... well Serge V. went too far imo.

***P.S. And imagine the insanity if I were to ever promote Tracy Terhune and David Bret's book/books? After what they do every day to massacre our books? Not in a million years of Sundays would I give them a tiny nod. Sorry to you who did your best earlier today with comments sent it to insult me, my husband and my integrity... that is your answer. I would not care if those two wrote the Magna Carta, I would not promote it. Has nothing to do with my ego... it has to do with pride.