What kind of person claims to be an “expert” on Rudolph Valentino, yet would not know what was going on in George Ullman's life in 1930? Good Lord. That is basic Valentino 101.

What kind of person, claiming to be an “expert” on Valentino, would not know the documented facts proving Ullman at that very time, 1930... was about to face a life sentence for his loyalty to his friend Rudy... because he was then receiving Alberto Valentino's collection orders from the LA County Sheriff and would be for the next 30 years?

What kind of person, claiming to be an “expert” on Valentino, would not know that in doing this Alberto was defying all logic and the court's recommendation not to hold Ullman responsible in any way to pay Alberto a fortune... which he, Alberto, had already spent? Madness.

What kind of person, claiming to be an “expert” on Valentino would not grasp the documented facts that Alberto Valentino had already begun his deep reign of lies and harassment of Ullman by 1930?

To answer these questions, I would point out how Tracy Terhune recently felt compelled to smear George Ullman one more time on his Facebook group. It was then someone running an account under the name of , “Bernie Fairlawn” chimed in.

Most people these days have read the court records, know the story I presented and know Ullman was completely exonerated on all of Alberto's charges. I hope Bernie F. will find a copy of Affairs Valentino and get to reading. He has some serious homework to do I think.

Meanwhile to Tracy Terhune I address the following:

Regarding George Ullman, you need to bow down to the man who made it allll happen for you. From the death fest there at the crypt to your own collection.

In my opinion, you need to get your priorities straight and thank George Ullman for keeping all those relics in his garage and then naively confiding about it to Self. If Ullman had not trusted Self you would be sitting on half of your pile of Valentino gold there.

I have never posted the following quote by you because I had no citation as it was sent to me around 2003 before I knew much about doing such things. But it occurred to me that it came to me by e-mail in a much longer transcript so it has been preserved there. Just to refresh your memory, you wrote the following in a chat room of which you were a member.

Terhune comments on Valentino family and Ullman relationship, chat room transcript, November 3, 2003, ”I don't deny that the Valentino families (sic) never-ending greed played a major part in this suit, setting Ullman up for a fall, in a no-win situation.”

Did you once have some knowledge and common sense on the subject?

How many of Rudy's shirts did it take for the Alberto Family to change your mind on that one?

And then there is this: 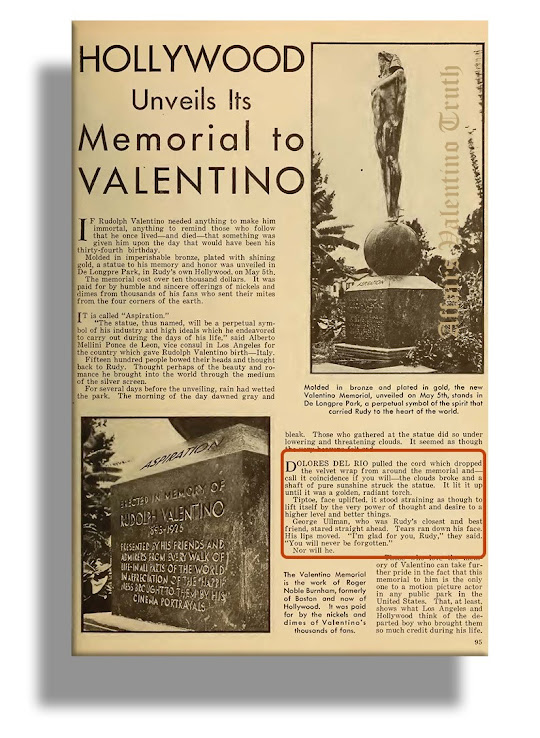