Alberto Valentino was not the only character in the Valentino/Rambova saga who would pose side by side in a before and after nose job photograph. I guess this was a popular news ploy to show readers how a hideous nose was grafted into perfection by a plastic surgeon. The tragedy of Alberto Valentino's nose is infamous at this point but the other notable nose job I came across worked out considerably better.
One of the more interesting characters I learned about while researching Astral Affairs Rambova was Alex Rotov. He may seem to be a peripheral personality in the Valentino/Rambova story but not entirely. Rotov was the lover and life partner of the psychic George Wehner. Wehner plays a major role in Astral Affairs Rambova and was with Natacha at the chateau in Juan les Pins when Valentino died.
Wehner and Rotov lived together their entire lives but began their love affair during the time frame when Natacha was living in New York and engaged to Svetoslav Roerich. Rotov and Wehner at one point lived in the Roerich Master Building as did Natacha and Svetoslav and they all shared an address.
Alex Rotov was a Russian born, comedic ballet dancer; classically trained but too short at five feet tall...to play any lead roles. He was cast as the imp, the elf, the ever athletic jester. He enjoyed a successful career in New York into the 1930's and his last appearance incredibly was on the children's show Captain Kangaroo.
George Wehner and Alex Rotov traveled to Europe together several times and spent considerable time at the Hudnut chateau in Juan les Pins. Until I discovered Wehner's story and family history, Rotov's existence was unknown. I found he was not only a close friend of Natacha Rambova but a popular member of New York's artistic bohemian community in the 1930's and 40's. His resume of performances is extensive and mind-boggling in this respect.
Alex had a nose job, (see below) And this was the game changer which launched his career. 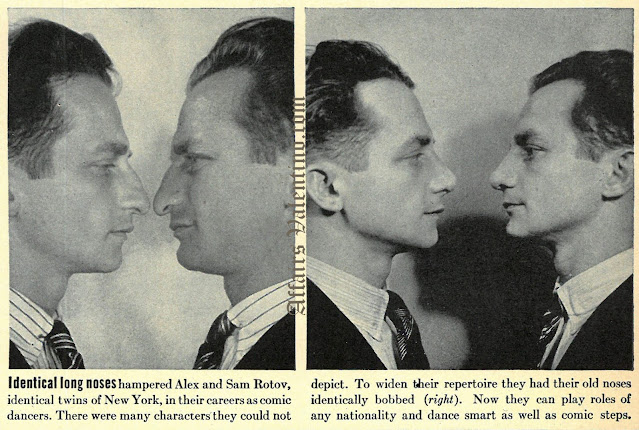 In his later life George Wehner, a trained musician and orchestral composer, wrote a ballet for his beloved Alex. This image (see below) was taken in the 1950's but certainly captures some of his energy. There is a box of his personal papers in the Billy Rose Theatre Division of the New York Public Library but I never did access that... I still should. I was told it contained mostly Playbills and reviews from his ballet performances. As Natacha Rambova was in almost constant contact with George Wehner when he was living with Rotov, it surprised me this intriguing artist never deserved a mention until Astral Affairs. Surely Natacha knew him well and appreciated his ability and no doubt his comedy. 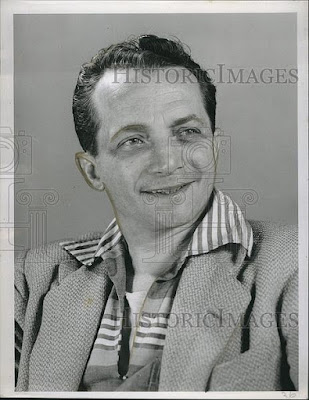