Thank-you to a follower of this blog for the quality version of the photo of Alberto Guglielmi Valentino and George Ullman. (see below) Somehow I think Ullman knew even then Alberto's return was bad news. It still blows my mind how Tracy Terhune dares to claim Ullman was anything but the long-suffering hero in the Valentino story.

Ullman's heroic effort was an aspect of Valentino's story I uncovered and I will admit it was not the easiest to decipher. It is still claimed Ullman was the cause for dragging out the settlement of the Valentino estate when the documents tell an opposite story. It was entirely Alberto's doing.

On more than forty occasions, Ullman filed his “Executor's Current Accounts” to have the court declare his job as executor over and he could move on. But if you look at even one document titled, Registry of Actions, you see Alberto was objecting for years to prevent the subject being closed. The Registry of Actions is the complete listing of estate actions. (see below just one page from the end of 1928-1929)

Every time it is written, “Objections to Current Account”, Alberto is delaying the final call. I used to think it was an act of trying to “get” Ullman but now I believe Alberto was delaying a settlement because he might then be relegated to obscurity. His cruel and frivolous lawsuit v. Ullman kept Alberto in news and appearing the victim. To anyone without access to the records Alberto appears the tough guy defending his brother's estate. This is complete nonsense and a lie.

When it is said Ullman prolonged the settlement of Valentino's estate, know that according to the records it was Alberto and not Ullman who was guilty of this.

And btw where is that entire stolen case file today? Again I say, why hide it if there is nothing to hide? Fortunately I found enough to right the wrong, despite "their" efforts to bury the truth. 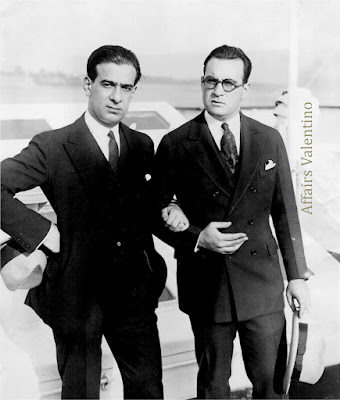 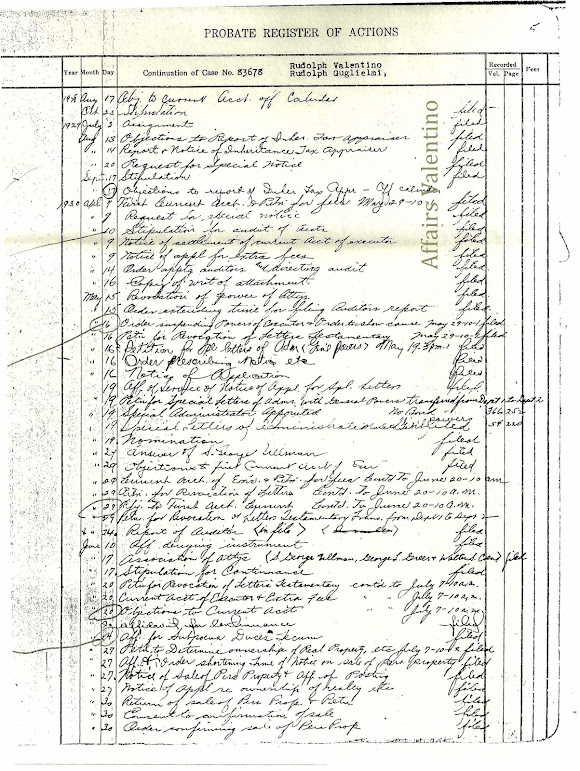 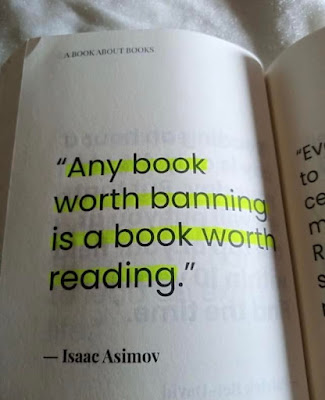