"Every Show One of Happiness"

When Love Grows Cold, as advertised by Bard's Theatre in Pasadena. (see below) Here Natacha Rambova gets a mention under her name along with her "Mrs. Rudolph Valentino". I am told this program is for sale on a French site. I think Bard's Theatre's motto is rather uplifting, "Every Show One of Happiness". Sounds inviting doesn't it?
I honestly believe Natacha was sincere in pursuing an acting career after Rudolph. She soon realized it would be impossible because she was forever branded as his ex-wife with all the accompanying slander. In the article titled, "Her Years as Valentino's Wife" written by Herbert Howe, Natacha addresses the situation a few years afterwards.
"Natacha says, 'I've been called everything from Messalina to a dope-fiend.'
'Did you feel it much?' (Herb Howe asks her)
'I was tortured. I was tortured to agony,' she said. Her eyes met mine in an eloquence of silence."
I included the article in its entirety both in Beyond Valentino and in Astral Affairs Rambova because I consider it Natacha's final, candid and fascinating testimony on the marriage. 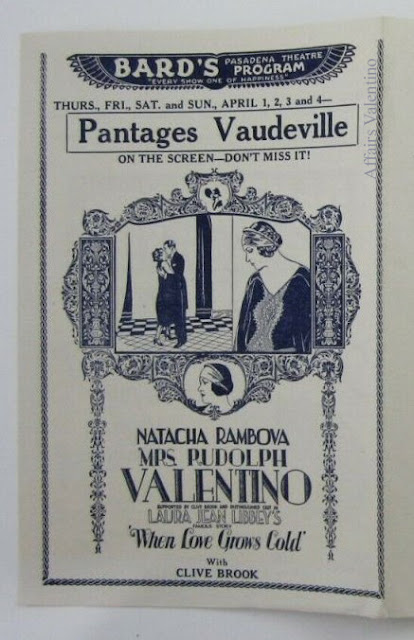 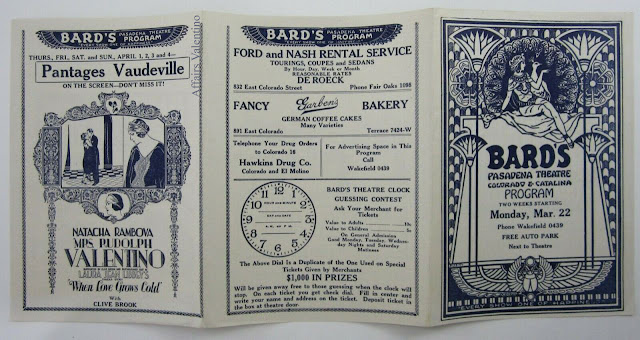 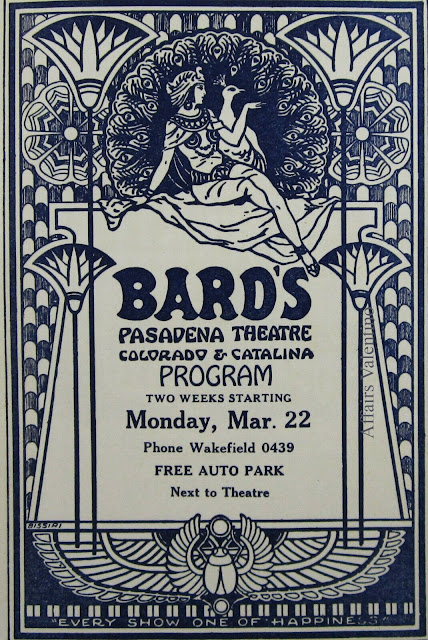