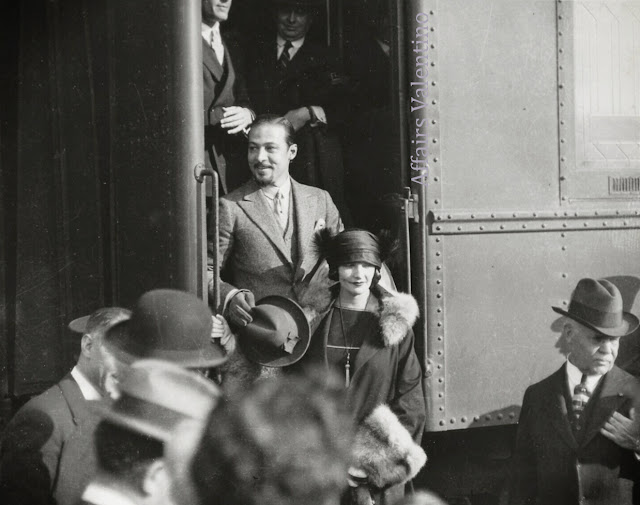 I have to wonder. What if Rudolph Valentino disembarked from this train that day with Natacha to find David Bret there yelling to everyone, “It's a lavender marriage! They don't really love each other! They are both closeted homosexuals! Their marriage is a scam!”

What do you think Valentino would do to the both of them?

I think there has always been a purpose in my work in calling them out for their rotten and deceitful behavior, whether I wanted to face that or not. I had a literary agent once long ago who told me that some books have their own “fated journey”. I think this has been true with Affairs Valentino. While Tracy Terhune organized and ran his “campaign against Evelyn” and Bret told the world a million ways I was dead or about to be, they only exposed themselves.

If they were in that crowd of people welcoming the Valentino's, I think they would have been mobbed, perhaps the police called for their disturbing the peace. Rudolph? I think he might have tried to rise above the insanity and let the authorities silence the abuse. Or maybe he would have taken action himself and pummeled them in defense of his lady.

The purpose? I guess for these negative, destructive people to expose themselves and lose their voices in the crowd. And the fated journey of Affairs Valentino? It continues and much more to come.