In the lexicon of Sheik aspirants, I had never heard of Reggie Morley. Thank you to a contributor for sending this along to share. I guess Morley is here convinced he "feels the urge of Sheiking"... but it does not seem he made such the splash. He was a major defense witness in the Fatty Arbuckle trial in 1921 and in the news coverage then Morley is referred to as a "former actor". So I guess his "urge to sheik" was a come back. He could not have had much of a role in "The Love Comet", a Mack Sennett film made in 1916 because I can not find him in the credits.
From, "Camera - The Digest of the Motion Picture Industry - 1923". 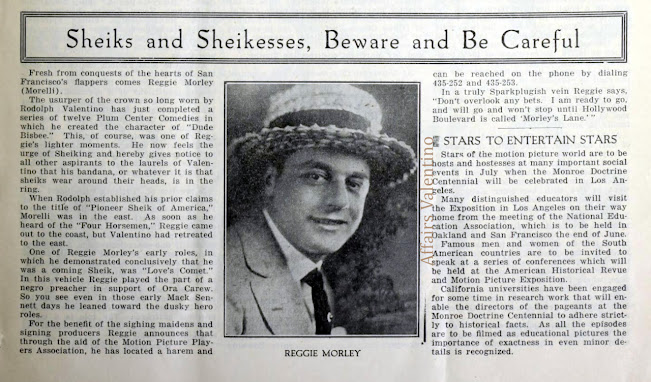 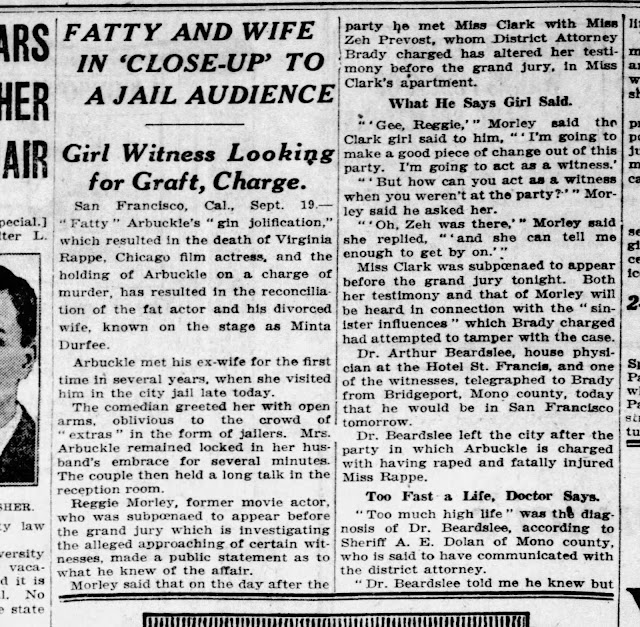