I find it interesting how many mishaps there were within the first two weeks after Rudolph Valentino sent Natacha Rambova packing. If anyone dares to claim theirs was an arranged and platonic marriage, they are quickly disproven by the events and emotions during those couple of weeks.
By the time Valentino was crumpled by this horse, (see below) he had already changed his will and left it all to Jean, attempted suicide, been caught speeding with three people and all were drunk including the woman with him.
I bet filming did not stop to let Rudy lick his wounds after this bruising. And I bet the runaway horse got no time off either. The date on these articles is September 9, 1925. It does not seem to be such a great time for either Rudy or Natacha. 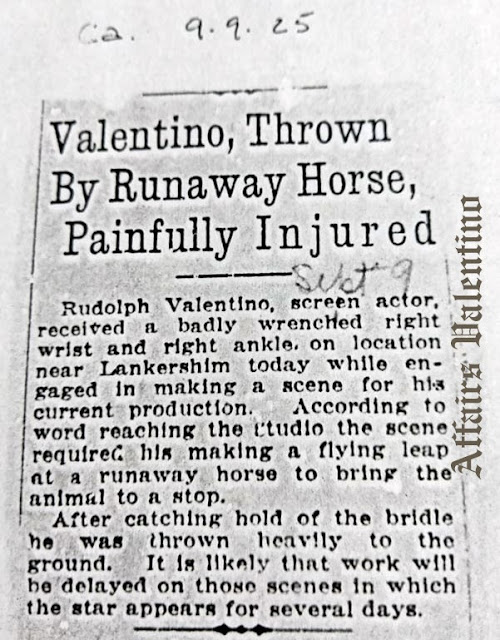