"The Greatest Attraction of the Year..."

In 1925, Norma Niblock was hired to tour upstate New York in a promotion of the film, "Rudolph Valentino and His 88 American Beauties." The short run tour was organized as fashion shows with a sort of vaudeville flare which would take place before the showing of the film before a full feature movie.

Two years after her win in New York City, Norma was still a household name and would headline the show. The fact was the tour was produced to promote the new Crystal Beach Park Ballroom on Lake Erie. The owners of the new ballroom were eager to launch their own tradition of beauty pageantry and what better way than to associate with Valentino and his 88 beauties.

While the tour fell apart within a few weeks, the ballroom survived the years. I wonder if anyone visiting the ballroom knew of its connection to Rudolph Valentino.

This ad (see below) announces the showing which took place in Dunkirk, New York at The Safe Store. 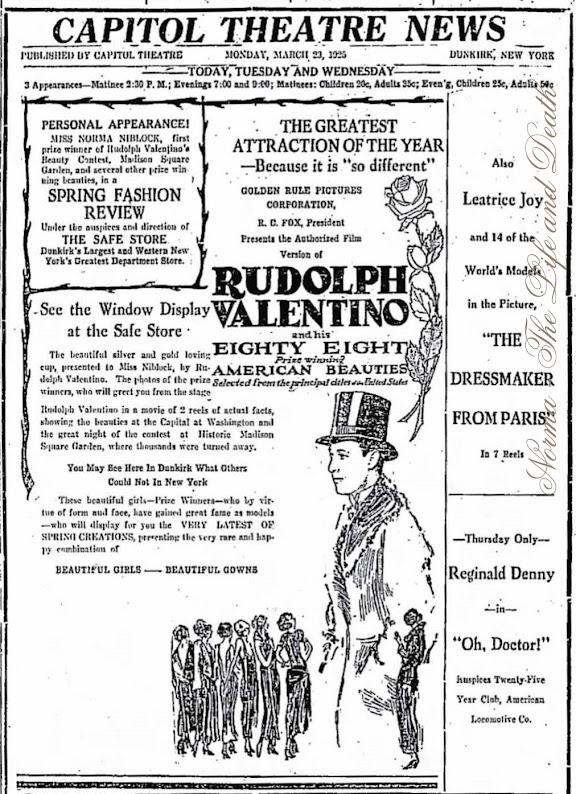