In my interview last Saturday, I spoke about Valentino's cars and a favorite car dealership in New York which he frequented, Ugo D'Annunzio's Foreign Models. Ugo D'Annunzio is an interesting story himself, as he was the son of the great Italian poet and statesman, Gabriele D'Annunzio; a poet Valentino greatly admired. 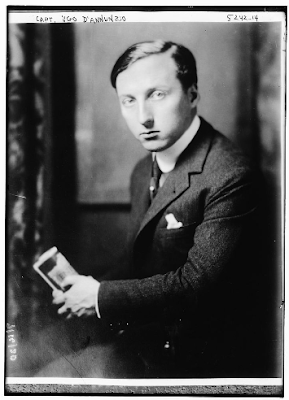 Two months before he died, Valentino ordered a new Isotta Fraschini from Ugo's Foreign Models. The story of what happened immediately on delivery of the vehicle a year later can be read here.

Another Valentino car fascination I mentioned was the Cunningham roadster. Curiously, Jay Leno owns one of these cars and it is fun to watch him driving it here: 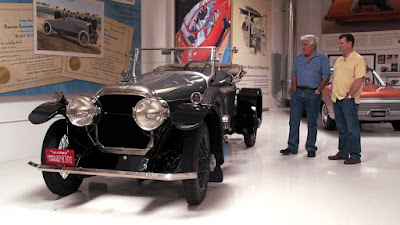 I can imagine Rudolph Valentino spending hours in the Foreign Models' showroom going over the details of the new car with Ugo D'Annunzio. I guess money, celebrity and all of the above gave Valentino the advantage of having a personal rapport with Ugo and with Gabriel Voisin in France. His cars were custom ordered, custom built and I think he and Jay Leno would have something in common! 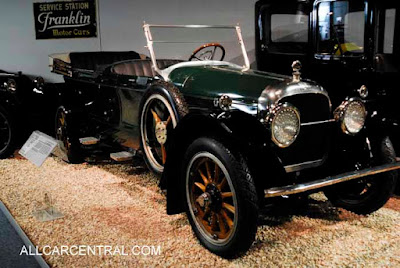