One of the more astounding revelations Norma Niblock's children shared with me, was that they believed their mother was murdered by a doctor. They told me the details of this in separate interviews and early on in the process. I took many notes and began to research the story of Norma's death.

Sally had more details to share because at the time of her mother's death, she lived in California. Her brother Roger was overseas in the army. What I discovered was a totally new insight into Norma's death in 1962 and a mystery still unsolved.

I remember asking Sally if she felt comfortable giving me the doctor's name and she answered, "Of course. Bill Peebles."

I located the daughter of Doctor Peebles and it was a rather stunning moment for me when she answered my question, "Did you know Norma?" by saying, "I knew her well and was there the night she died." She generously granted me a lengthy, substantive and detailed interview which turned many key points in the story around.

My subsequent research expanded the data considerably. I then had to tell Sally and Roger that the details of their mother's death were not exactly as they were told by the Los Angeles Police Department. The LAPD lied to them about many, many things.

I was in a precarious position making those phone calls to give them the latest report.

Dr. Peebles' daughter is pleased with the book and thanked me for telling the truth about her father's troubled life after sixty-years of misinformation.

And Sally finally got her books. Covid has slowed down the mail in far off parts of the world. Norma's daughter is thrilled, so very good. 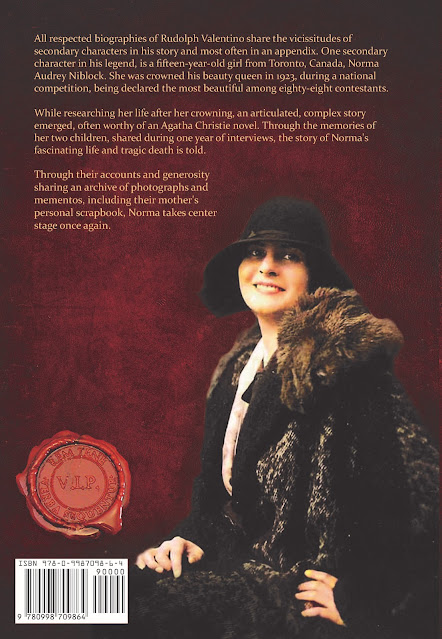